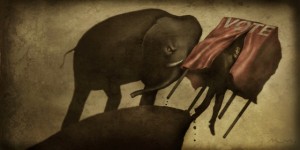 The U.S. Justice Department (DOJ) has blocked a new Texas voter ID law that requires citizens show photo ID before they can vote. Under the law, people had to produce a state-issued driver’s license, Department of Public Safety ID card or concealed handgun license before they could vote. Student IDs from Texas colleges and universities were not acceptable forms of ID. The state’s Republican-led legislature passed the law last year, making Texas one of eight states that have passed such laws. Texas legislators claimed the law was necessary to prevent voter fraud, but the DOJ found little evidence that voter fraud was enough of a problem in Texas to warrant the law. Justice Department officials, relying on Texas statistics, concluded that the law could have a discriminatory impact on minorities, particularly Hispanics. “Hispanics make up only 21.8 percent of all registered voters [in Texas], but fully 38.2 percent of the registered voters who lack these forms of identification.,” said Assistant Attorney General Thomas Perez.