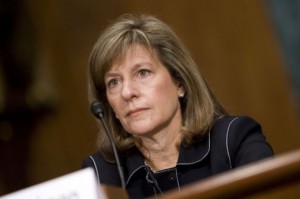 A District Court in Washington, D.C, ruled (pdf) earlier this month that it is illegal for groups to keep secret who funds their political attack ads.  At the heart of the case was a regulation promulgated by the Federal Elections Commission (FEC) in December of 2007 that required disclosure of the names and addresses funders who donate $1,000 or more to organizations for electioneering communications. But the FEC, in interpreting the law, deferred to the argument that keeping track of such donations would inordinately burden corporations. In attempting to clarify the law, the FEC created a huge loophole by promulgating a follow-up rule that allowed groups to circumvent disclosure provisions required by campaign finance laws, like the Bipartisan Campaign Reform Act, and the Supreme Court’s 2010 Citizens United ruling.  The disclosure provisions in Citizens United have largely been overlooked.  In Citizens United, justices wrote that “the public has an interest in knowing who is speaking about a candidate shortly before an election,” and “transparency enables the electorate to make informed decisions and give proper weight to different speakers and messages.”   U.S. Rep. Chris Van Hollen, Jr. (D-Maryland) challenged FEC’s loophole in a lawsuit brought against the FEC in 2011. On April 2, U.S. District Judge Amy Berman Jackson agreed with Van Hollen that FEC’s rule contradicted the intent of Congress, expressed through campaign finance laws, “to shine light on whoever was behind the communications bombarding voters immediately prior to elections.” The Court’s ruling deals a blow to groups like Karl Rove’s Crossroads GPS, Americans for Prosperity and the American Energy Alliance, that have been pouring millions of dollars into influencing elections, but shield their corporate donors by keeping their names secret.