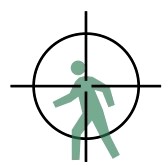 Under the law, American citizens used to have to back away from threats, but since 2005 many American states have radically expanded self-defense rights to allow people to meet threats with force, not just in their own homes, but in public places as well.  Since 2005, over 30 states have passed so-called “Shoot first” or “Stand Your Ground” laws that make it harder to convict people of murder if they claim they killed in self-defense.  Since Florida’s shoot-first law was enacted in 2005, justifiable homicide cases have tripled, according to the Florida Department of Law Enforcement.  In the five years prior to the passage of Florida’s shoot-first law, 12 private citizens committed killings, but in the five years after the law’s passage, the average number of killings by private citizens in Florida jumped to 36.  The national group Associate of Prosecuting Attorneys says “Stand your Ground” laws present a barrier to the prosecution of genuine criminals.  Such laws have been spread in part through the American Legislative Exchange Council (ALEC), a corporate-backed group in which corporations partner with legislators behind closed doors to promote conservative, pro-business bills.