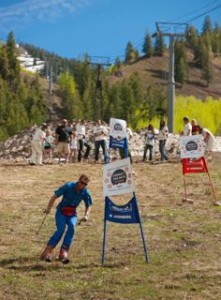 At 4,500 feet elevation on the Rocky Mountains’ western slope, the average daytime temperature in the month of April in the city of Grand Junction, Colorado is 65 degrees. This year saw abnormally high temperatures for almost the entire month, with a record high of 89 degrees on April 23. Moreover, Grand Junction wasn’t alone. March, 2012 was the warmest March on record in the contiguous 48 states since 1895, when the government started recording climate data, says the National Atmospheric and Oceanic Administration’s (NOAA) Climate Data Center. The average temperature across the U.S. was 8.6 degrees F higher than the 20th century average for March, with 15,272 warm temperature records (day and night) shattered across the country during the month. March is also traditionally Colorado’s wettest month, but this year Colorado had its driest March on record, depressing income for ski resorts and commercial rafting companies. A lack of snow kept the Vail ski area from opening its back bowls. In addition to record high winter and spring temperatures, in recent years Colorado has also experienced extensive pine beetle infestations, early season wildfires, decreased snowpack and droughts. To draw attention to the increasing impacts of climate change, the Aspen Skiing Company recently teamed up with 350Colorado.org to put on a snowless skiing event called “Protect Our Winters: Connect the Dots,” that featured speakers and activities linked to climate change. Attendees were encouraged to wear white to substitute for the snow that would normally be present on the ski slopes this time of year. 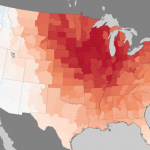