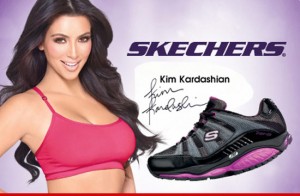 Skechers, the maker of those roly-poly  “toning shoes” that were a big craze back in 2010, will shell out $40 million to settle charges that it deceived consumers with phony claims the shoes conferred health benefits like weight loss, muscle strengthening and butt toning.  Back in 2010, fitness footwear companies like Skechers, Nike and Reebok raked in about $1.1 billion from the “toning shoe” market by charging between $100 and $200 a pair for the shoes. Skechers controlled about 60 percent of the market, and Reebok had about a 33 percent share. The companies created demand for the shoes by running ads that falsely claimed they would help wearers “shape up while you walk” or  “get in shape without setting foot in a gym.” The Federal Trade Commission (FTC) alleged that the shoe manufacturers fudged studies and statistics to make claims about the shoes that they could not support. Last  September, Reebok agreed to pay $25 million to settle charges that it deceptively advertised roly-poly shoes with names like TrainTone, RunTone and EasyTone.  The companies are paying the millions of dollars into a fund to which shoe purchasers can apply for a refund. If you bought Reebok toning shoes, you can click here to apply for a refund. People who fell for Skechers “butt toning” shoe ads and bought them can keep an eye on this website to get refunds when the account it set up.