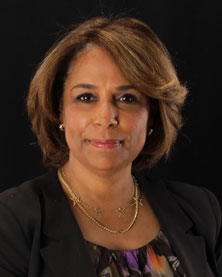 An entirely new kind of law firm has opened up in Washington, D.C. and New York City. Its stated mission is to take the side of average working people against the big dogs: the corporate polluters, discriminatory employers and unsafe manufacturers whose policies, behaviors, products and activities make life difficult for the rest of us. The new, high-powered public interest law firm specializes in fighting for beleaguered, regular working-class clients and on the way getting court rulings that will benefit entire communities. The group, Advocates for Justice Chartered Attorneys (AFJ), is made up of activist-minded attorneys who have extensive experience litigating against big corporations in specialty areas like labor and employment, consumer rights, environmental justice and civil rights. “Our mission is to ensure that high-quality legal representation is not limited to the wealthy, but is available to those who need it most.  We represent regular, working people who suffer the bulk of our country’s legal problems,” says Sharon Y. Eubanks, one of the firm’s founding attorneys.  Ms. Eubanks is an example of the high caliber of attorneys at AFJ — she served as lead counsel for the United States in the largest civil Racketeer Influenced and Corrupt Organizations (RICO) enforcement action ever filed, United States v. Philip Morris USA, et al., also known as the federal tobacco litigation. Other attorneys at AFJ are Arthur Z. Schwartz, Cate Edwards, Richard Soto and Tracey Kiernan. AFJ’s website is afjlaw.com. In one of the firm’s current cases, AFJ is representing 170 parents and community members in a civil rights action against a school district in New York. The suit alleges that the school district violated the plaintiffs’ constitutional rights by intentionally segregating white students into private schools, while cutting funds to the primarily black and Hispanic student population of the public schools. AFJ Law in D.C. is located at 11 Dupont Circle, Washington, D.C. 20036. The group also has an office on Broadway in New York City. If you need help or want a consultation, contact information is on the firms’ web site.