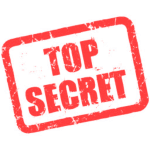 “[We] will begin to reshape public opinion through the media…” and “…[W]e are confident we can continue to shift the media’s view, and, ultimately the view of the general public…toward issues affecting the industry.”

In keeping with PM’s internal adversarial view of public health efforts to reduce smoking, Russel, Karsch planned to develop a “War Book” of “key issues and message points we believe will be effective in Colorado.”

“[B]ecome actively involved in [these organizations’] key committee and decision-making positions to introduce and bolster our arguments inside the organizations so that they become an integral part of the institutional dialogue.”

Other plans to influence journalism organizations included “scheduling industry speakers,” “providing sponsorships,” and “hosting hospitality suites.”
In addition, a lot of “face time” was to be devoted to selected reporters, editors, news directors and editorial boards who were singled out as potentially influential:

“We propose to select and visit key reporters, editors, news directors and arrange editorial board meetings when appropriate to discuss the issues which most affect their audiences…In effect, we will indirectly ask the media to help us tailor the issues and the argument to their local constituencies…”

The PR company’s activities appear to have been effective in Colorado.  For example, Grand Junction, Colorado’s newspaper, The Daily Sentinel, for many years refused to cover any angle of local tobacco issues other than the PM-approved “youth angle.”  Local television stations, on the other hand, which tended to have more employee turnover and younger, less experienced news reporters than the newspaper, readily covered other aspects of tobacco issues, including secondhand smoke, and revelations from internal tobacco industry documents.  There are several potential reasons why TV coverage was better than the local paper’s. One is that cigarette companies still advertised in newspapers throughout the 1980s and into the early 1990s, and the Grand Junction Daily Sentinel accepted cigarette advertising — doubtless a significant source of ad revenue. Another explanation is that the younger news journalists at the TV stations were not exposed to the industry program of indoctrination outlined in this PM document.