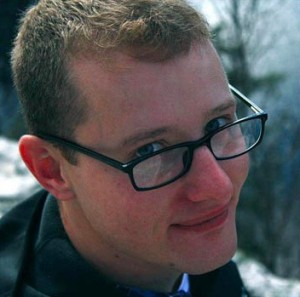 A senior at the United States Military Academy at West Point has publicly resigned from the Academy to protest  pervasive Christian proselytizing that takes place at the school. Blake Page said the academy shows clear favoritism towards Christians and discriminates against atheists and other non-religious students. In an article for the Huffington Post, Page wrote that “Countless officers here and throughout the military are guilty of blatantly violating the oaths they swore to defend the Constitution. These men and women are criminals, complicit in light-of-day defiance of the Uniform Code of Military Justice through unconstitutional proselytism, discrimination against the non-religious and establishing formal policies to reward, encourage and even at time require sectarian religious participation.” Page says West Point leaders regularly let cadets know that, in order to be viewed positively by staff and faculty, they should participate in Christian prayer groups and attend Christian retreats.  Page served two years in the Army as an air defense specialist in Korea prior to entering West Point. His commander saw him as a high performer and recommended he apply to West Point. Admission to West Point is highly competitive. The school gets about 15,000 applicants annually but only accepts 1,500. Candidates (as applicants are known) typically must excel at sports, have passed advanced mathematics courses, and speak two languages. Applicants also typically must be nominated by a legislator or a career member of the armed services. Page is giving up even more than his prestigious spot in the West Point graduating class of 2013, though. In the wake of his resignation, the government could seek reimbursement for the hundreds of thousands of dollars worth of tuition invested in his education. Blake received backing and support for his protest from the Military Religious Freedom Foundation (MRFF). He also established a branch of the activist organization on campus prior to resigning. The problem of illegal proselytizing and favoritism has also been a problem noted throughout the military, including at other academies, like the Air Force Academy in Colorado Springs, Colorado.