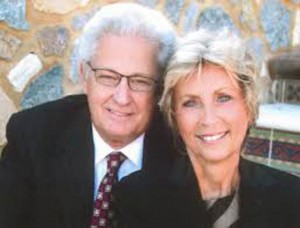 A U.S. District Court court ruled in November that Hobby Lobby, a private, for-profit, national arts-and-crafts supply store chain owned by a Christian family, cannot be exempted from a government requirement that its employees’ health insurance plan cover 100% of the cost for emergency contraceptives. Hobby Lobby’s owners, who are conservative Christians, challenged a provision of the Affordable Care Act (“Obamacare”) that requires businesses provide employees with no-cost birth control through their health insurance plans. U.S. District Judge Joe Heaton of the Western District Court in Oklahoma ruled November 19 that privately-owned companies are secular, for-profit enterprises, and as such are not entitled to the the same religious rights as the individual members of the family that owns them. The Green family, owners of Hobby Lobby, have vowed to defy the Court’s ruling, and to continue to block their employees’ access to free contraception through their health insurance plans.

In his religious zeal, David Green, the owner of Hobby Lobby, is missing the point. The law entitles him and his family to their own beliefs, but Hobby Lobby’s claim that the Affordable Care Act’s contraception requirements infringe on his own personal religious liberty makes no sense.

Imagine where that argument would lead if we let Hobby Lobby’s devout, conservative Christian owners make medical decisions for all of their employees. We’d have to let other religious business owners impose their own beliefs on employees, too. Companies owned by Jehova’s Witnesses would be able to deny employees blood transfusions and organ transplants and fire workers for saying “happy birthday” to each other at work. Scientology-owned businesses could prevent their employees from being prescribed anti-depressants and businesses owned by Mormons could refuse to let employees drink Coke on their lunch breaks and order employees to believe in Kolob, God’s personal planet. Businesses owned by Jews could require all male employees to be circumcised or require that they get circumcised as a condition of their employment.

Why should people have to sacrifice access to legitimate medical care to get or hold a job? Letting religious people impose their beliefs on employees would be unjust and unworkable. The judge in Hobby Lobby’s case ruled that Hobby Lobby is not a religious organization, and corporations don’t have a right to religious freedom, so there is no legal basis for these restrictions.

What Christians need to understand is that in the U.S., religious liberty does NOT mean that one religious group or individual has the right to dictate what other people can or cannot do. Business owners do not own their employees, and “religious liberty” does not mean they have the right to tell their employees what medications, or medical procedures, they can or cannot have. Religious liberty means every individual has the right to believe what they want to, and not suffer discrimination or lose your legal rights because of it. It also means people have the right to reject religious dogma completely. But no matter how you interpret it, religious freedom does NOT mean that a hyper-religious business owner can deny his employees access to legitimate medical care.