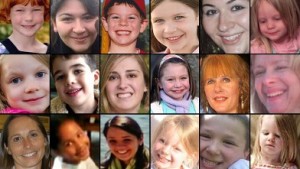 With lightening speed for a state legislature, New York became the first state to pass a comprehensive gun safety bill since the massacre December 14, 2012 at Newtown, Connecticut. New York’s gun control bill, passed and signed today, is the toughest in the nation. It expands the definition of “assault weapon” to include semiautomatic weapons to include those with just one feature commonly associated with military weapons, like a bayonet mount, flash suppressor or pistol grip. Previously the definition required two features. New York’s bill also revokes or suspends gun licenses held by people whom mental health experts determine to be a danger to society. The new law limits magazines to just seven rounds of ammunition instead of ten, and provides for enhanced monitoring of ammunition purchases to flag high-volume buyers. Gun licenses must be re-certified every five years. (They used to never expire.)  The law increases penalties for illegal gun possession and for using a gun against emergency responders. “Common sense can win,” said New York Governor Andrew Cuomo as he signed the bill, less than an hour the New York State Assembly passed it by a vote of 104 to 43 . “You can overpower extremists with intelligence and with reason and common sense,” Cuomo said. The National Rifle Association called the law “draconian,” and said it was passed “under a veil of secrecy in the dark of night.” The bill passed on the second day of New York state’s 2013 legislative session.