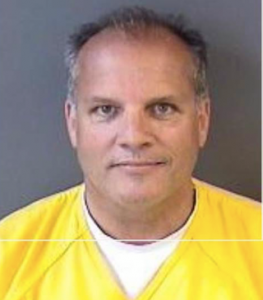 Richard Brainard, one of the newest members of Grand Junction, Colorado, City Council,  was arrested early on the morning of April 6 on charges of third-degree assault and harassment after he allegedly got into a physical altercation with his live-in girlfriend. Brainard was just elected to City Council last Tuesday, April 2. Brainard’s girlfriend, Cindy Franzen, told police she dated Brainard for eight months and moved in with him last November. She said a physical altercation occurred in the bedroom, over text messages Brainard received on his phone from his former girlfriend. Franzen says Brainard pushed her into a dresser several times and pulled her hair, and grabbed her face and arms. She said Brainard later hit her in the face with what she believes was an open hand. It is unclear what the alleged incident means for his membership on Grand Junction City Council. He is Vice President of business development for West Star Aviation, Inc., in Grand Junction, and belongs to the G.J. Chamber of Commerce Board. He was also endorsed by the Grand Junction newspaper, the Daily Sentinel.