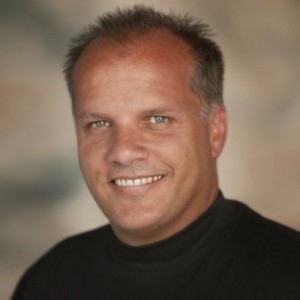 Grand Junction, Colorado City Councilman Rick Brainard pled guilty in Mesa County Court today to misdemeanor third degree assault for pushing and striking his former live-in girlfriend, Cindy Franzen, in the face April 6.  Mr. Brainard’s attorney, Stephen Laiche, tried to enter a no contest plea on the charge, but Judge Craig Henderson said he would only accept a charge of “guilty” or “not guilty.” After conferring briefly in the hallway with Mr. Laiche, Mr. Brainard agreed to plead guilty. Mr. Laiche, trying to get as much leniency from the judge as possible for Mr. Brainard, indicated that Mr. Brainard did in fact lose his job at  West Star Aviation as a result of this assault incident and the surrounding publicity. Mr. Laiche called Mr. Brainard as “a 51 year old man without a job.” During the court session, the Assistant District Attorney handed the judge an 8 1/2 x 11,” close-up color photo of Ms. Franzen’s face taken shortly after the attack, showing her blackened left eye and bruised face. The judge held the photo up several times for the court to see during the hearing. Ms. Franzen stepped to the lectern and spoke to the judge at the hearing. She said she no longer feared Mr. Brainard and wanted the protection order making Mr. Brainard stay away from her lifted. The judge agreed to lift the order, but at her requent kept in place a provision that Mr. Brainard must not harass, molest or take retribution against her.  Ms. Franzen said at some point she would like an apology from Mr. Brainard for the incident, and she would also like him to apologize to her children. The judge asked Mr. Brainard to say something about how he landed in court, and Mr. Brainard responded only that he had done something very wrong. Under the plea agreement, Mr. Brainard must undergo a domestic violence evaluation and take domestic violence treatment classes over the next 18 months. Mr. Brainard also agreed to serve 40 hours of community service. Mesa County District Attorney Pete Hautzinger commented, “If he does everything right and dots his I’s and crosses his T’s, at the end of 18 months, we’ll then dismiss the case and he’ll still have a clean record. That’s our normal offer for people with no criminal history.” In any normal case that probably would be the end of such a nightmarish episode, but unfortunately this is the 21st Century, and Mr. Brainard’s court record isn’t the only record he needs to be concerned about.  Because Mr. Brainard has refused to relinquish his seat on city council, he remains a public figure and open game for the news media and public commentary. Dozens of news articles and blogs on the internet document his assault and the resulting protests by crowds of enraged citizens with blackened eyes and tape over their mouths who continue to follow him wherever he goes. However tightly sealed his court record, the internet records of Mr. Brainard’s incident and how he has handled it will live on in perpetuity, available to anyone for the Googling, including potential future employers and girlfriends. The number of articles and news reports will only continue to grow now as Mr. Brainard remains on Council, the protests continue, and as citizens progress to conducting a recall election as soon as the law permits. The City estimates Mr. Brainard’s recall election will cost city taxpayers $45,000-$50,000.

Updated May 19,2013, to remove descriptions of attire. I learned my lesson and sincerely apologize for the inappropriate descriptions.