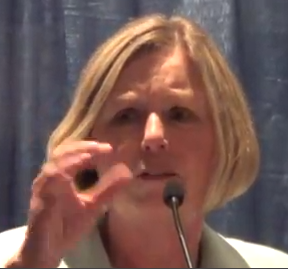 The Grand Junction Area Chamber of Commerce is up to its ears in alligators, and its best proactive strategy is to hope all its self-caused problems will just go away.

Just four days after the April 6 city election, Rick Brainard, one of the Chamber-backed candidates for City Council who won, was arrested for hitting his live-in girlfriend in the face hard enough to give her a black eye. In his official arrest affidavit, Brainard told police he hit her because she “needed to shut her mouth,” a comment that inflamed local citizens and galvanized public opinion against Brainard. The Daily Sentinel withdrew its endorsement of Mr. Brainard and published an op-ed recommending he vacate his Council seat. Community Hospital pushed Mr. Brainard off its board and West Star Aviation fired him from his executive job as Vice President of Business Development. Thousands of people signed an online petition titled “Woman Beating Councilmember Must Go” and citizens angrily picketed the Chamber of Commerce over its tenacious support of Mr. Brainard. When the Sentinel asked the Chamber if, despite his arrest, the organization still supported Mr. Brainard’s presence on Council, Chamber President Diane Schwenke refused to answer reporters’ calls. Instead, in true Sarah Palin style, she issued a response through the Chamber’s Facebook page:

“Mr. Brainard is entitled to due process. It sends an equally wrong message to our children to condemn without benefit of going through a process where we assume innocence until found guilty by the courts. Once that process has happened we will again review our position on Mr. Brainard.”

On May 17 Brainard pled guilty to the assault in Mesa County Court. So does the Chamber still think it is appropriate for Brainard to remain on Council? Have they revisited their position as promised? That’s what everyone wants to know, but no one’s been able to find out. The Chamber has made it clear it won’t answer difficult questions like that via telephone, so citizens repeatedly posted the question of where they stand in their support of Brainard on the Chamber’s Facebook page. The Chamber’s response was to just delete all the questions. Then the Chamber quit allowing people to post questions on their page at all.  Undaunted, citizens started posting the Brainard question under the “Recommendations” section of the Chamber’s Facebook page, e.g. “I recommend the Chamber tell the public where it stands on Brainard remaining on City Council.” Then the Chamber removed the ability for people to post recommendations to its Facebook page, too. So the Chamber’s preferred strategy for dealing with tough questions is 1) to engage in hard-core avoidance, while 2) throwing insulting barbs at their key audience, as Ms. Schwenke did in this video published on May 7, where at 8:07 into the video Ms. Schwenke laughingly insults the intelligence level of visitors to the Chamber’s Facebook page.

But ducking questions doesn’t make them go away. It just makes things worse.

If it’s even possible for the Chamber to look even more inept, making matters worse is the fact that hundreds of people, including many Chamber member businesses, have seen the offensive joke targeting atheists that Ms. Schwenke posted on her Facebook page May 5. She even listed her affiliation with the Chamber right alongside the joke, making it look as though the Chamber shared her opinion, since she is their well-known, longtime spokesperson.  Schwenke gleefully wrote that her joke was “just too good not to share,” so it got shared all over town and beyond. There’s even a YouTube video about it now. Chamber Board President Michael Burke knows about Ms. Schwenke’s bigoted post, but so far it appears both Burke and Schwenke are shutting their eyes tightly, jamming their fingers in their ears, humming loudly and hoping the whole mess will all just go away — the same approach they are using to deal with the whole Brainard mess. Either that, or they don’t think sending a public message that the Chamber is bigoted is important enough to address. So far, neither the Chamber nor Ms. Schwenke have acknowledged the untoward post, nor have they apologized to the citizens and business owners Ms. Schwenke’s joke offended.

Is this any way to run a Chamber of Commerce? Apparently so, if you’re Diane Schwenke and Michael Burke.

Chamber members must be getting p-r-e-t-t-y uncomfortable right about now.

1 comment for “Grand Junction Area Chamber of Commerce Clams Up, Hunkers Down in Political Storm”