Grand Junction citizens protested in front of the Grand Junction Area Chamber of Commerce yesterday morning. The group, Rein in The Grand Junction Area Chamber of Commerce, represents citizens who are angry about the Chamber’s controlling involvement in City politics. In 2012 the G.J. Chamber, under its president, Diane Schwenke, seized control of council after it formed a 501(c)(4) “social welfare” organization that raked in donations from deep-pocketed business owners and spent historically huge amounts of money to get Chamber-selected candidates elected to city council.  Prior to the Chamber’s direct involvement in local politics, no city council candidate had ever spent more than about $3,400 on an election. This year, Chamber-backed candidates spent an average of $11,000 each. A recent feature article in the local paper, the Daily Sentinel, revealed that the G.J. Chamber is spending huge amounts on lobbying compared to similarly-sized chambers around the state, and that at $133,930, G.J. Chamber President Schwenke’s compensation package far exceeds the compensation her peers earn at similar-sized chambers around the state. 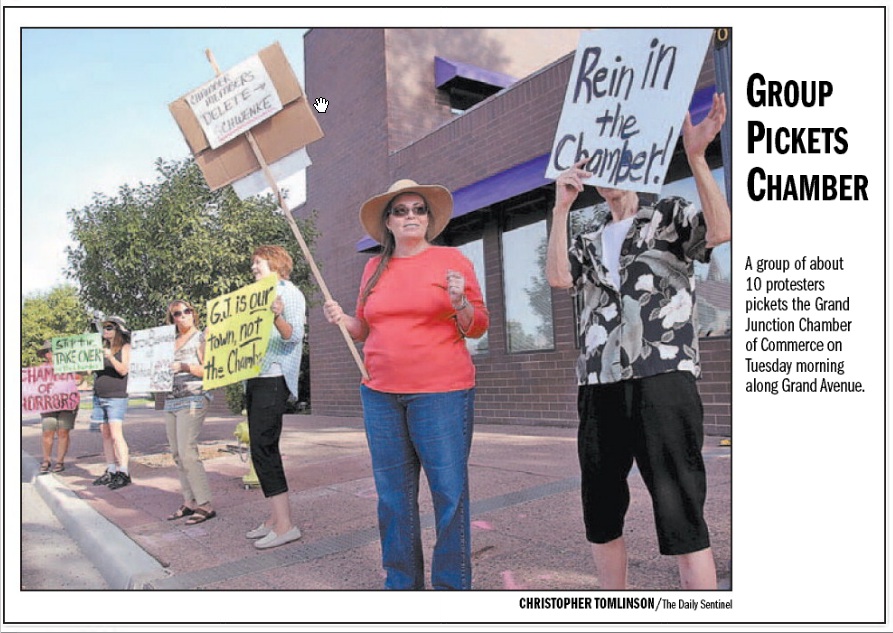