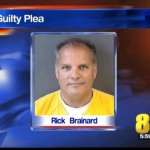 The arrest of G.J. Chamber-backed city council candidate Rick Brainard in April, 2013 shocked Grand Junction citizens and embarrassed the entire City, but could serve as a catalyst for beneficial change, if we want it to

The dilemma of Rick Brainard, the Grand Junction, Colorado city councilman who pled guilty to criminally assaulting a woman just days after he was elected, has deeply embarrassed our City, but it’s not unique. It’s just the latest in a long string of political embarrassments and economic miscalculations that collectively have tarnished the City’s reputation and made us a laughing stock of the state.

Brainard isn’t the first or the only episode that’s dragged down our City’s reputation. His election is just the latest in a long line of bad decisions that have contributed to our town’s inability to be taken seriously.  Grand Junction is known for chasing prosperity in grandiose, short-sighted ways, and getting into big trouble because of it. We earned a place on the list of the biggest nuclear mining disasters in the U.S. after embracing uranium mining in the 1950s and 60s. Grand Junction required a decade-long, $746 million Superfund cleanup (pdf) to remediate the radioactive mess left behind. Then we pursued oil shale development and got slapped for that with the massive, 1982 Black Sunday Exxon Oil Shale bust that devastated town. Now there’s a big push do oil shale all over again, making it look as though people in this area either have an incredibly short collective memory, or aren’t smart enough to learn from previous mistakes.

We have plenty of things to be proud of in Grand Junction: our beautiful Main Street, great walking and biking paths along the river, sunshine and our wide variety of outdoor recreation, a wonderful canal system (that would be a fantastic built- in walking and biking trail system if we could just get out of the last century and bring ourselves to utilize it that way), the Colorado National Monument, the historic Avalon Theater, the Botanical Gardens, lots of wonderful people and thousands of acres of nearby BLM land where you can get away with doing almost anything. But what’s to draw people off the Interstate and get them enjoy it all?

What’s in a Name? 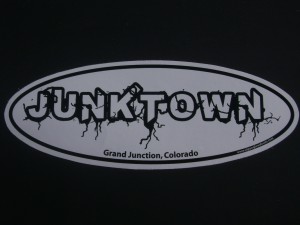 Grand Junction was named name way back before airplanes and telephones existed, and when people criss-crossed the country in covered wagons. It rings of the last century. The name fails to conjure up any real imagery because it fails to say what the grand “junction” is. Longtime residents may know the name refers to the confluence of the Gunnison and Colorado Rivers, but no one seems to care. There isn’t a single marker or sign that points out the spot where the two rivers meet, and to this day the actual “grand junction” of the two rivers remains without recognition.

What’s more, Grand Junction has a slew of embarrassing nicknames: “Meth Capital,” “Grand Junktown,” or “Junktown” for short, and the town’s alter-ego name, “River City.” Another one is “Gland Function, Colorado.” Meth addicts call our town “Tweakerville” and “Spun Junction.” With the possible exception of “River City,” these are certainly not nicknames that how great this place is to live.

Piling onto our bad rap is the fact that Grand Junction is known for churning out political wackos who have turned us into the laughingstock of the state. In 2006, while running for Lieutenant Governor on a ticket with Bob Beauprez, former Mesa County Commissioner Janet Rowland embarrassed Grand Junction by equating homosexuality with bestiality on a state-wide TV discussion show, “Colorado State of Mind.” 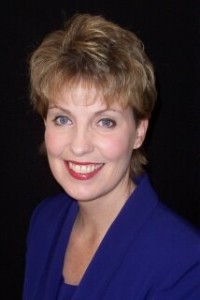 Craig Meis, another former Mesa County Commissioner, gained notoriety for his repeated Barney Fife-like attempts to use his elected office to get out of minor legal infractions.  People in our area elected another gem, Jared Wright, to Colorado House District 54. After he was nominated, the Daily Sentinel revealed that Wright, who ran as a fiscal conservative, had undergone personal bankruptcy and got pushed out of his job with the Fruita Police Department after an  internal affairs investigation “revealed a pattern of dishonesty.”  Our area also gave rise to Scott McInnis, who ran for Colorado governor but was forced to quit the race after is was discovered that he had committed plagiarism. And the town’s latest embarrassing political mistake was electing Rick Brainard to City Council, giving Grand Junctionites a serious case of buyer’s remorse. Grand Junction is now the first city in Colorado to have elected a confessed woman-beater to City Council. Even worse, by failing to ask Brainard to step down, the current City Council has indicated that it tacitly accepts violence against women. So in addition to a slew of bad economic and political decisions, we now have Brainard…and let’s not even get started on the effect on our reputation of Grand Junction’s high density of irrational, paranoid gun nuts.

All this makes our town look goofy and backwards. It’s not a reputation to relish. But we’ve come a long way over the last few years towards being a smarter, more socially aware, diverse and progressive town. Now that we’ve cleaned up the junkyards at the entrance to town, have sushi, espresso, Vietnamese food and bagel stores, it’s time to take the next step. There is a way for Grand Junction to take the leap and overcome its reputation for repeated blunders, provincial thinking and political idiocy and start to craft a fresh, new reputation for itself:

Take a PR Leaf from Corporations

Rick Brainard, the most recent local politician to pile embarrassment onto Grand Junction

Big corporations regularly escape their tarnished reputations by adopting new names. ValueJet Airlines changed its name to AirTran after one of its planes crashed into the Everglades in 1996. Philip Morris shed its image as a merchant of death by changing it’s name in 2001 to “Altria,” which carries no baggage. After its 2009 massacre in Baghdad’s Nisour Square and expulsion from Iraq, the security contractor Blackwater wiped its slate clean by changing its name to “Xe.” It might be time for Grand Junction to use the same strategy to scrub itself of its troubled reputation.

At first I thought an edgy word that conjures up an image of something natural would be good, like “Rattlesnake,” as in “Rattlesnake Canyon.” It could inspire great tourist swag. Think cute little plush rattlesnake toys that could be sold in the airport shop and at fruit stands. Kids would love them. T-shirts with rattlesnakes on them could be sold at area bike shops and coffee bars.  Or we could pick a more aspirational name…

Then it hit me. A great new name is so obvious, it’s right under our noses:

“Horizon” is hard to make into a bad nickname. It’s charismatic, and conjures up beautiful images in everyone’s mind, and we already have Horizon Drive right at the entrance to town off of Interstate 70. “Horizon” is also aspirational. People strive to reach the horizon; explorers sailed towards the horizon, airplanes fly towards the horizon. It’s home to beautiful dawns and dusks, just like those seen here in western Colorado.  The possibilities for gorgeous logos are limitless. Addressing envelopes would be easier with just the one word to write, and if you were a tourist driving by on I-70 and actually reached the Horizon, wouldn’t you at least get off the freeway to see what’s there?

“Horizon” is hard to make into a bad nickname. It’s charismatic, and conjures up beautiful images in everyone’s mind, and we already have Horizon Drive right at the entrance to town off of Interstate 70. “Horizon” is also aspirational. People strive to reach the horizon; explorers sailed towards the horizon, airplanes fly towards the horizon. It’s home to beautiful dawns and dusks, just like those seen here in western Colorado.  The possibilities for gorgeous logos are limitless. Addressing envelopes would be easier with just the one word to write, and if you were a tourist driving by on I-70 and actually reached the Horizon, wouldn’t you at least get off the freeway to see what’s there?

Changing Grand Junction’s name to Horizon is absolutely do-able. Grand Valley was renamed “Parachute” in 1980.  Mesa State College became Colorado Mesa University in 2011, and the same year the City successfully changed “F Road” to “Patterson Road.” They changed the name of the airport from ‘Walker Field” to the more descriptive “Grand Junction Regional Airport.” There’s even been talk of changing the name of North Avenue. Change is in the air, and as citizens move past the Rick Brainard mess, we can hope that after THIS whopping political mistake, Grand Junction citizens will finally have learned a big lesson about the need to pick truly deserving people as candidates for local office, and not just blindly accept who the Chamber of Commerce recommends. This is  a perfect time for Grand Junction to leave it’s tarnished reputation behind and make a bold move to draw attention to the good things about our area by making a clean start by adopting a fresh, new name. If we keep moving forward, better days will soon be on the Horizon.