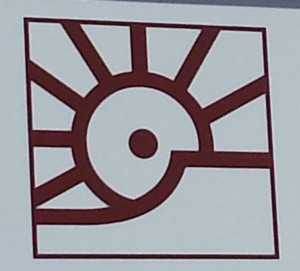 You are getting hungry….

One of the best-kept secrets in Grand Junction, Colorado right now is a new doughnut shop that opened up just off Patterson Road by Mesa Mall called Raise ‘n’ Glaze. Now, now… don’t yawn. This is not your run-of-the-mill doughnut shop. Unlike most doughnut shops, Raise ‘n’ Glaze’s bakers are possessed of an unusual creative impulse, and on weekends they go hog-wild and come up with mind-blowing creations, like lavender-pistachio doughnuts, key-lime pie doughnuts topped with merengue that they actually finish with a blowtorch, and banana-rum doughnuts drizzled with warm chocolate. But the best-kept secret at Raise ‘n’ Glaze is a little item they call a “Glasszant,” a hybrid of a croissant and a doughnut. The dough is flaky and tender like a croissant, and it’s kind of sweet-salty and buttery all at once, and to be honest, their Glasszant is basically the doughnut form of crack cocaine. After you eat one, the only thing you will be able to think of is how long until you can have another one. The Glasszant is Raise ‘n’ Glaze’s version of a Cronut™, a speciality pastry that took New York City by storm this spring. Created by famed New York pastry chef Dominique Ansel, Cronuts™(yes, the name is trademarked) got such glowing reviews on social media after they debuted last May that “Cromania” quickly swept the city.  Ansel makes one flavor Cronut each month, like Rose Vanilla, Lemon-Maple, Blackberry or Fig-Mascarpone. He started out making 200 Cronuts each day, and they sold out within minutes, so Ansel quickly upped production to 300/day, and now all of those sell out every day, too. People line up outside his bakery starting as early as 4:00 a.m. to get Cronuts. The crowd become so unwieldy that Ansel’s  bakery had to make rules like prohibiting cutting in line or saving spots for other people. Ansel charges patrons $5.00 apiece for his Cronuts before tax, and limits patrons to two of them. Even people who call and pre-order them can only get 6 per person. After Cromania hit New York City, Cronut knockoffs started appearing all over the country. Because the name is trademarked, bakers have to give their versions unique names like CroughDough, a Brioughnut, a Crullant, a Crowe-Gnut, Dough-Not.  Now we have them right here in Grand Junction, at Raise ‘n’ Glaze, sold as Glasszants. We are luckier than New Yorkers, though. Raise ‘n’ Glaze only charges about $1.90 apiece for them, and they even have a drive-up. To their massive credit, Raise ‘n’ Glaze also makes excellent espresso drinks, too, so you can have a truly wonderful cup of coffee with your Glasszant. Raise ‘n’ Glaze is located at 2412 Patterson, Suite 8, behind Cafe Rio. They have a bright corner space with huge windows, comfy places to sit, plenty of newspapers to read and great meeting space with a large high definition screen you can hook a PC or a Mac up to.  What could be better? They’re open from 6:00 a.m. until 4:00 p.m. on weekdays and 2:00 p.m. on weekends. They even have a bike rack out front so you can get your doughnut and your workout in the same session.