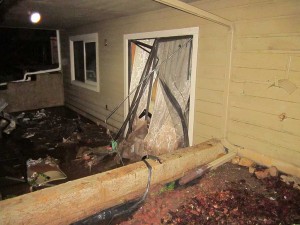 Aftermath of September flooding in Boulder, CO, after neighborhood creeks overflowed their engineered drainages during an unprecedented rain event.

Last September, a slow-moving rain storm dumped almost an entire year’s worth of rain on Colorado’s front range in just a two days. The storm washed out roads and swept away entire buildings. The damage was unprecedented in the state. Thousands of Coloradans lost virtually everything they owned in the ensuing floods.

In the wake of that disaster, thousands of Colorado homeowners are getting hit with denial letters from their insurance companies, which are turning down claims left and right saying they don’t cover damage caused by “surface water.”

That shouldn’t be happening, says Boulder attorney George Berg, a partner at the law firm Berg, Hill Greenleaf and Ruscitti in Boulder, Colorado, which specializes in insurance law. Berg has been giving free talks to front range homeowners as a public service, to tell policyholders that insurers are taking advantage of their ignorance about a 1990 Colorado Supreme Court ruling that practically guarantees most flood victims coverage under their policies, and makes insurers liable for treble damages plus attorneys fees if they don’t pay.

The case is Heller vs. Fire Insurance Exchange, a Division of Farmers Insurance Group. It resulted in a state Supreme Court ruling that greatly favors policyholders who make claims of water damage to their property.

The Story of the Heller Case

Richard and Rosemary Heller lived in the same home in Vail Valley for ten years without incident. In 1984, the Hellers discovered that their property had sustained significant damage after the regular path of the spring snowmelt that ran behind their home had been diverted into man-made trenches lined with plastic sheets, rocks and tree limbs. The trenches diverted the spring runoff onto their property, resulting in extensive damage to their home. They had been unaware of the construction done on the stream’s drainage. The Hellers held an “all risk” insurance policy with Fire Insurance Exchange, though, and filed a claim for $25,000 to pay for the damage.

Fire Insurance Exchange denied the Heller’s claim, saying their policy excluded damage from “surface water.” The Hellers filed a lawsuit  to force the insurer to pay their claim, and the case went all the way to the Colorado Supreme Court. The court accepted the insurer’s definition of “surface water,” saying it is unambiguous. It is defined as melted snow, falling rain, rising springs or other forms of water that flows naturally on the Earth’s surface that does not follow any defined course or channel. But when man-made channels are constructed that direct water or divert the water’s natural path, the Court said, the water ceases to meet the definition of “surface water.” Thus the Heller’s property was not damaged by “surface water,” as the insurer had maintained. The Court ordered Fire Insurance Exchange to pay up. What’s more, according to Mr. Berg, the Court made insurers liable for treble damages and attorneys’ costs if they don’t pay these kinds of claims in the future, a fact that makes cases of this type — and the type that thousands of Coloradans are currently facing — attractive for lawyers to take on contingency. 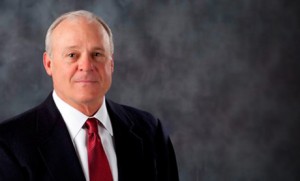 Like many front range towns, Boulder, Colorado sits at the base of the foothills of the Rocky Mountains. Most if not all of the many creeks and streams running through town have been diverted or directed in some fashion by the hand of man, either into concrete channels, engineered drainages, man-made ponds other structures. This means water passing through or pouring out from these creeks and streams is not “surface water” under the accepted definition. Thus people affected by water emanating from such bodies are eligible under Colorado law to have their claims paid by their insurers. But insurance companies are banking on people not knowing about Heller or asserting their rights under the ruling.

Berg says insurance companies deny everyone at first, and then sit back and wait to see what happens. Statistics show that 90 percent of people won’t take their cases any further, and that’s the statistic insurers count on. He urges all  Coloradans who suffered losses to their home and belongings and who have been denied coverage under the surface water exclusion to write their insurers, cite the Heller case, tell the insurance company they have not done a proper and thorough analysis of their case, and put them on notice that that they are liable for treble damages plus attorney’s fees if they don’t correct their denial band pay the claim.

So here’s a note to all Coloradans who suffered damage in the September floods: Get that letter out to your insurer as soon as possible, and then sit back and wait to see what happens.