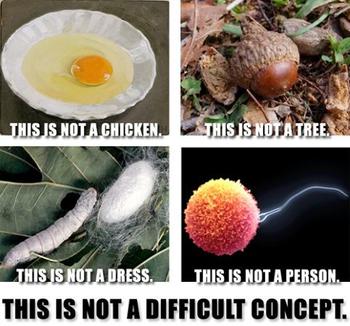 Colorado’s Amendment 67 did not pass, to the relief of most of the state. The measure would have declared unborn human beings as a “person” or a “child” in the Colorado Criminal Code.

It was yet another a personhood measure, but this year Personhood USA, the group pushing these kinds of measures, tried to disguise that fact by calling it the “Brady Amendment,” after a fetus a woman lost in a 2012 drunk driving accident. Naming the measure after a woman’s lost fetus was an attempt to give the measure emotional appeal, because when you can get people to react through emotion, they’ll often bypass their rational thinking.

Coloradans have rejected personhood measures three times now, for good reason. The thinking behind these ballot initiatives is illogical and thus fundamentally flawed.

A fetus is not a person in any legal sense.

Zygotes, or fertilized eggs, and fetuses lack many of the physical characteristics of human beings. They don’t have brains, skeletons, or internal organs. A fetus cannot engage in human perception or thought. The analogy that fits is that an acorn is not an oak tree and the egg you eat for breakfast is not a chicken.

Unlike a free-standing, viable human being, a fetus is totally dependent on a specific woman’s body for survival. No human being has an exclusive right to use the body of another human being for its own service. For example, the state can’t force people to give up their organs or blood to support or save the life of another. Even if it could be said that a fetus has a right to life, a pregnant woman should not be forced to loan out her body for nine months against her will to bring it to viability.

Moreover, logically and in order to be meaningful, a “right to life” also infers a right to die. You can’t have one without the other. If all people have a right to live, then all people should also be legally free to end their lives whenever and however they see fit. But this right is never mentioned, and is even often denied by the very same people who push the notion that fetuses are “persons” and thus all women should be forced to carry fetuses to term because a fetus has a “right to life.”

The biggest challenge in giving legal rights to embryos comes when trying to decide whose rights should take precedence when they conflict: the woman’s or her zygote’s. The idea that a grown woman’s rights and status as a living human being should be overridden by a cluster of undifferentiated cells the size of the period at the end of this sentence is not only bizarre, but insulting. We tread on dangerous ground morally and legally when we willingly trade an existing woman’s established rights in favor of her embryo’s theoretical rights. To turn the tables and demand legal rights for fetuses is to demand the legalized oppression of women, because doing so strips women of THEIR constitutional rights and THEIR personhood. You can’t do one without also doing the other. 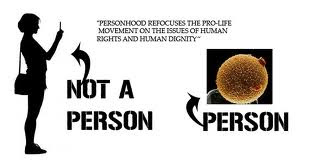 Which one is an actual person? Who is defining this?

Protecting fetal or “pre-born” life would be better done by bringing a ballot initiative to guarantee all women, regardless of socioeconomic status, access to prenatal care, health care and education, not by pushing back-door methods to restrict abortion like Amendment 67. Moreover, pitting the rights of women against their fetuses harms women, children and society. For example, women would avoid prenatal care entirely if they are afraid of being arrested for endangering their fetus by drinking or drug abuse. Denying women legal abortion pushes them to obtain dangerous illegal abortions, which can result in the need for even more costly, life-saving medical care.

Sure, it’s good to be concerned about life, but the “personhood” people have gone way overboard. After all, life is a dicey affair by nature.

Men release billions of sperm over a lifetime, most of which do not result in conception. Are men, then, denying all of their sperm the right to become separate, living individuals? Is that criminal? Women shed many eggs that never become fertilized. They have regular periods in which the lining of the uterus is shed, including an egg; they miscarry and abort, both intentionally and unintentionally, and lose pregnancies through various means all the time. Is that wrong, and should it be criminalized? Of course not.

Life is a crap shoot for every living entity, short and simple.

Getting an opportunity to live is the luck of the draw for any form of life. Trying to regulate which microscopic cells live or die is like trying to regulate the number of grains of sand on the world’s beaches.

The number of unique, potential human beings that have been lost forever to this world and never had a chance to exist is astronomical.

Should we worry about that? Should individuals be blamed and criminalized for it?

Of course not. It would defy common sense. It would be ridiculous.

The pro-personhood people must realize at some point that when living people start worrying about what doesn’t exist and may never exist, they are heading down a rabbit hole of irrational, nonsensical thought, and to keep putting irrational nonsense like that on Colorado’s ballot — or forcing it onto our society — does our entire state, nation and everyone in it a massive disservice.

With thanks to the Pro-Choice Network.