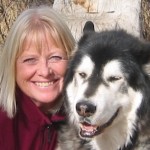 Last August, Peggy Tibbetts, a blogger in Silt, Colorado fell seriously ill with a bacterial infection after using the Glenwood Hot Springs Pool. Tibbetts has been a member of the Glenwood Hot Springs Pool for 18 years and uses the pool 2-3 times per week. She had never had an adverse incident there, but noted recently that a close friend and her husband had also reported falling ill after using the pool.

After an extended period of illness, in October, Tibbetts was diagnosed with an infection of pseudomonas aeroginosa, a bacteria that thrives in wet places, including poorly maintained pools. Externally, it can cause a condition known as “hot tub rash,” The bacteria can survive the elevated temperatures of a hot tub or hot springs. Symptoms of internal infection include inflammation and sepsis. If pseudomonas auruginosa colonizes in major organs like the lungs, liver or kidneys, the resulting infection can be fatal.

On October 24, after receiving her diagnosis, Tibbetts contacted the Garfield County Health Department through their website, told them about her illness and the possible link to the Glenwood Hot Springs Pool and asked them to investigate. On October 28, Tibbetts received an email from Garfield County environmental health specialist Morgan Hill, stating: “[W]e received your website inquiry and are following up on your concern related to pseudomonas at the Glenwood hot springs pool. We will contact you soon with more information.”

On November 4 and 5, the pool had an unannounced closure.

By November 12, the county did not contact Tibbetts, so she contacted them and asked for the lab results regarding bacteria in the hot springs pool. She soon received an email response from GarCo Environmental Health Manager Joshua Williams with the lab results from a hydrologic engineering firm called Zancanella & Associates, which showed the Glenwood Springs Hot Therapy Pool had indeed tested positive for pseudomonas aeruginosa on August 6, 2014, and August 13, 2014. Included with the email was a memorandum from Tom and Tony Zancanella to the county dated October 29, 2014, showing the county had been sitting on those rest results for two weeks, and hadn’t notified either Tibbetts or the public. Correspondence from Zancanella showed the pool hadn’t been tested for pseudomonas before that since 2011.

How did pseudomonas auruginosa get into the hot springs pool? Tibbetts’ further research revealed that the bacteria is used to decompose hydrocarbons and break down tarballs and oil from oil spills. Pseudomonas auruginosa is a very useful bacteria in the oil and gas field. The bacteria secretes rhamnolipids, which are applied commercially as an inexpensive way to clean up environmental oil and gas spills. Rhamnolipid Companies, a firm supplies these kinds of environmental cleaning agents in industrial quantities admits on its website that “Pseudomonas aeruginosa, like many gram-negative bacteria, is a pathogen and can make people sick in sufficient quantities.”

Tibbetts, who continues to suffer with flu-like symptoms from the infection, theorizes that someone who works in the local oil and gas drilling industry could have been exposed to a potent commercial environmental cleaner containing p. auruginosa, gotten it on his or her clothes and skin, and then used the hot springs pool without showering adequately between work and getting in the pool.

We may never know how the bacteria got there, but nonetheless the public has interest in the outcome of the lab results, and the county should have been more forthcoming about the incident.

—November 12, 2014 memo from Joshua Williams of Garfield County Public Health Department saying the contamination of the pool with pseudomonas auruginosa was not a “public health issue warranting further investigation by the county at this time.”