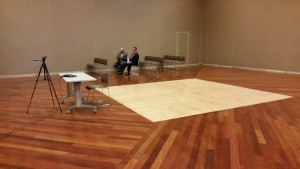 Grand Junction citizens who support keeping Colorado’s ban on large capacity gun magazines far outnumbered those showing up who want to dump the ban at today’s remote hearing on the measure at Colorado Mesa University (CMU).

Colorado Senate Judiciary Committee members in Denver heard remote testimony from western slope residents on SB 175 (pdf) via a video hookup in the West Ballroom at CMU. If enacted, the measure would repeal a law currently in place that prohibits possession of large capacity ammunition magazines. The legislature enacted the current magazine ban after the Aurora Theater massacre on July 20, 2012.

The crowd showing up to testify on today’s bill wasn’t big, but was remarkable for the fact that gun safety advocates far outnumbered those showing up to support legalizing large capacity ammo magazines. Exactly the opposite had been expected. 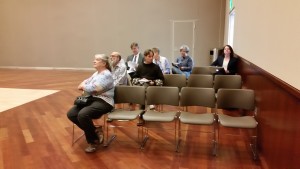 Mesa County Commissioner John Justman was one of only two people who supported bringing back large capacity ammo magazines, even though twenty four people had registered to testify for the bill. Nine people showed up to testify in favor of keeping the current ban in place.