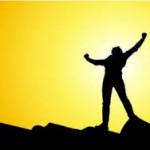 A victory for separation of church and state locally

In a clean win for common sense and the separation of church and state locally, Colorado Mesa University President Tim Foster announced this morning that he is ending all on-campus bible giveaways at CMU.

In a note to people who had contacted him about the issue, Foster thanked those who had provided him feedback and potential solutions about what to do with the longstanding but now highly controversial tradition.

“I have had additional discussions with Health Sciences faculty and nursing students. I have sought legal counsel and researched legal precedent. I have listened to the divergent viewpoints of others. Taking all that into consideration, the Bible give-away at the pinning ceremony will be discontinued.Though the presentation of Bibles to graduating nurses by the Gideons at the pinning ceremony is a long-standing, international tradition and the pinning ceremony itself does, in fact, have religious roots, it is important to remain focused upon and to celebrate the accomplishment achieved by all of our graduating students at the December 2015 Commencement.”

Foster’s decision protects the university from potential lawsuits, since it is against the law for any publicly-funded institution to endorse a single religion over others, or over non-religion.

Congratulations go to the extraordinary “Anonymous 5” nursing students who risked their careers and endured a tremendous amount of personal stress at a difficult time to address this thorny issue at CMU, and make the school fairer and friendlier to it’s increasingly diverse student body. They are a wonderful example of the quality of people who graduate from CMU’s nursing program, and a tremendous credit to the City of Grand Junction and the entire western slope.

16 comments for “Foster: Bible Giveaways Over at CMU”