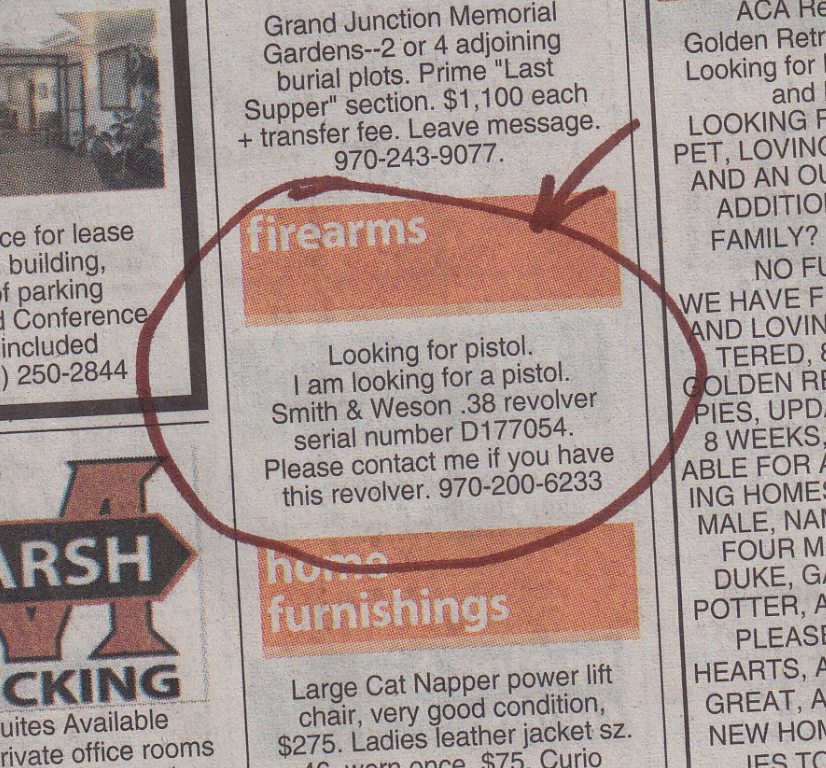 From the Saturday, February 20, 2016 Daily Sentinel: Oops! Anybody seen my lost handgun?

Incredibly, Colorado has no law requiring firearm owners to report the loss or theft of a firearm. One study (pdf) found that states without mandatory lost or stolen gun reporting laws export two and a half times more crime guns across state lines than jurisdictions with such laws. Eight-five percent of lost or stolen guns are never recovered, and police say stolen and illegal guns are at the root of violence across the country.

3 comments for “Another “Responsible” Mesa County Gun Owner at Work?”