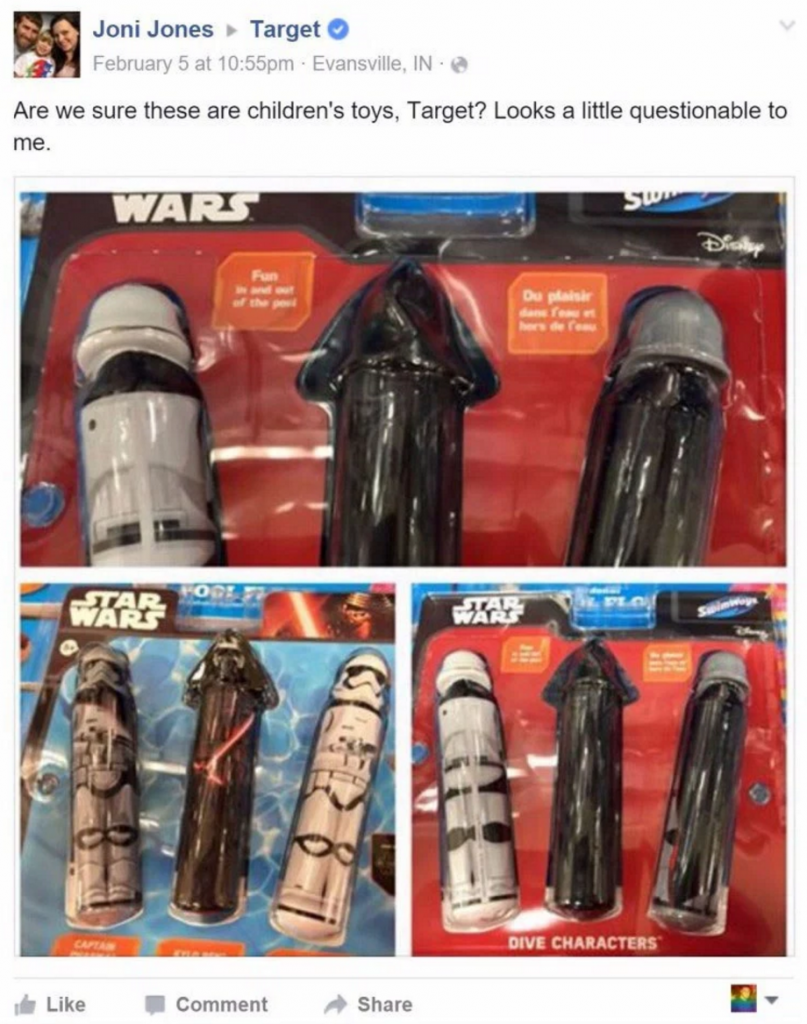 Target Stores apologized to a customer who noticed some rather phallic Star Wars toys in her local store.

A woman named Joni Jones from Indiana sent a note to Target last week on the retail chain’s Facebook page along with photos she took of “Star Wars: The Force Awakens” pool toys she found for sale in the store.

The Star Wars “Dive Characters” have the distinctive helmeted heads of Kylo Ren, Captain Phasma and a Stormtrooper.

The packaging read: “Fun in and out of the pool.”

The post, along with comments from people who blamed the woman for reading more than she should have into the toys, and some from people who were excited about the possible existence of Star Wars sex toys, was later deleted from Target’s Facebook page.