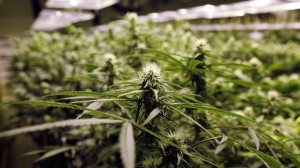 The little town of DeBeque, population 500, in Mesa County, Colorado, which voted to start selling retail recreational marijuana in 2014, is basking in the financial glow of its decision.

Marijuana sales taxes are now generating more revenue for the town than all the other retail establishments and oil and gas industry impact fees combined.

DeBeque raked in a little over $300,000 in 2014 from just sales tax on recreational marijuana and are projected that they’ll make about $400,000 in 2015. That amount excludes additional money they’ll get from application, licensing and other fees. In addition, the first pot shop to open in DeBeque, Kush Gardens, is also now donating more money to the town than oil and gas companies. The town believes even bigger money will start coming soon from the large commercial grow operations they’ve already approved. Eventually these facilities will start supplying stores elsewhere around the state. Estimates are that just one large grow operation — that will have 10 greenhouses growing 20,000 marijuana plants — in ten years will start contributing about $1.75 million a year to the town coffers in tax revenue.

The marijuana industry generates lots jobs, too, and highly-paid ones to boot. One new pot shop that opened in Parachute, Colorado, just up the road from DeBeque, in late 2015 generated 20 news jobs. A listing on 420careers.com for a full time bud tender at Kush Gardens in DeBeque listed the salary as $40,000-$60,000 a year. The marijuana industry generates jobs in cultivation, manufacturing, cooking, consulting, testing, marketing, financial services, tourism and construction of commercial and retail facilities, to name a few areas. The new marijuana economy has helped make Denver one of the top ten fastest growing cities in the country.

According to town administrator Lance Stewart, DeBeque is considering spending its current windfall on a host of infrastructure improvement projects, like new water and sewer lines, curbs, streets and gutters, on a new scholarship fund for high school seniors, and a town beautification project.

When asked about what if any problems marijuana sales have caused the town, Stewart told Colorado Public Radio,

“We have honestly not seen any uptick in crime here due to the sale of marijuana. We have not seen, as folks said we would, deadbeats hanging around on the corners or in the community parks smoking pot. Nothing of that nature has occurred. Most of the people we have seen, or that I have witnessed personally, are upstanding individuals.”

The town currently has two pot stores operating, two in the works and five licenses for grow facilities, four of which are in the process of building.

By contrast, the larger City of Grand Junction, which has banned retail recreational marijuana commerce, continues to languish with a declining workforce, and an unemployment rate of 6.3% in 2015 which only continues to climb. Grand Junction has lost hundreds of jobs over the last year, and according to the Business Times, Mesa County’s jobless rate is continuing to rise.