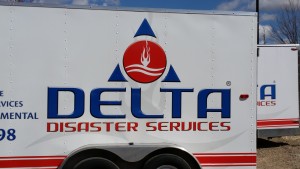 The Delta County School District is in serious need of help.

The recent exposure of the extent of Christian proselytizing in the Delta County school system has not just raised eyebrows locally, state-wide, nationally and internationally. It has encouraged Delta area residents to come forward with their own personal stories of proselytizing and discrimination in Delta public schools and their workplaces, and how it has affected their lives.

Following are just a few of the comments Delta-area residents have sent to Western Colorado Atheists and Freethinkers (WCAF) on this topic in recent days.

All identifying information has been removed to protect the senders:

“I am a teacher in *******. I am an atheist. I understand what you are trying to do here, and can even appreciate it. It has bothered me for years that the Gideons (sp?) have been allowed to drop Bibles off in the schools for children to pick up. These are belief systems, all of which do not belong in schools. I understand that I am a minority in the small towns of Colorado, which all claim to be Christian because they know nothing else. They can not defend their beliefs, because while they claim to be Christian, they really know nothing of their faith or beliefs. Teenagers know that Young Life is FUN!!! They know that they get to have fun, while claiming to belong to an organization, and yet these Young Life Pastors are allowed in schools (before class time, during lunch etc) all while bribing kids to attend for a donut or pizza.”

“I am an atheist who lives and works in the Delta/ Montrose area, and I have been ‘closeted’ due to fear people will think differently of me if I am not a Christian. They really do shove this stuff down our throats here. I am even hesitant to comment on your site as I work with ***** and fear someone I work with will see my comment. I am a ******** [occupation] and have heard hateful things said about non-Christians by both clients and co-workers. It sucks…. I think it’s true that the local schools push Christianity on the kids. My husband teaches in ****** [the name of a school in the District] and he faces the same thing.”

“My name is ***** *******. I attended Delta High in the late 90’s. Religious proselytization has been common in District 50 for decades, and I am grateful for your efforts to expose these charlatans as the the prejudiced hatemongers they are. Many of us faced intense ridicule and ostracism from both teachers and fellow students for simply bowing out of teacher-led prayers, or listening to the “wrong” music. However, these religious fanatics never mustered the courage to directly distribute religious propaganda on school property. I find the latest events described on your page to be deeply disturbing. Thank you again for your efforts and timely appraisals of the developing story.”

“I’m a student at Delta **** School and I have lots of information on how the school has been sneakily pushing Christian messages. We’ve had a clearly religious abstinence-only speaker address the entire school, an evangelist came to the school last week to talk about drugs, and there is a Christian fellowship club that technically meets during class time.”

These comments do not paint a picture of a welcoming school district that respects all students regardless of their belief systems, or makes students feel safe while at school.

For students who don’t conform to the dominant religion in Delta — Christianity — public school is fast becoming a fear factory.

More to Answer For

But this isn’t even all of the issues being uncovered about the Delta County School District. The pervasive religious proselytizing has proven divisive and contentious, and has started generated other problems that District administrators have brushed under the rug, in hopes that they will just go away.

For one, religious-based bullying is getting serious.

The Gideon Bible giveaway at Delta Middle School on December 18, 2015 stimulated some of the students who took Bibles to start bullying and harassing the students who didn’t. There have already been multiple episodes of bullying reported that are linked to the bible giveaway. Some of the incidents reported to WCAF, which advocates for separation of church and state, so far include a middle school student throwing a book in a classroom while yelling about bibles, a fist fight between two students that occurred after one girl told another “atheists need to just die” and an atheist girl “should just go kill herself.” On March 30, a credible death threat was made against an atheist student. The parent reported it to the school principal, the superintendent and the police. There are also reports of teachers and counselors harassing, threatening and ridiculing atheist students. One incident was bad enough that DMS administration took a student out of one class and put her into a different one after the student protested an offensive religious remark her teacher made in class. So far, there has been no report that the teacher who made the remark was ever admonished for what she told her class. Instead, DMS treated the student as if she had done something wrong, by removing her from the class as though she was the problem.

Even worse, Delta Middle School principal Jennifer Lohrberg and District Superintendent, Caryn Gibson, have both denied that the Gideon Bible giveaway at DMS on December 18 violated the District’s non-curricular literature distribution policy in any way, even after a parent and WCAF explained to each of them, point by point, exactly how it did. Instead, the administrators simply reassured complainants that the bible giveaway was in accordance with all applicable laws and District policies, even saying it had been approved by the school district’s attorney.

It wasn’t until the Freedom From Religion Foundation attorney intervened and contacted the Delta County School District’s attorney about the matter that the District finally admitted the Gideons’ bible giveaway violated District policy. Even then, the District only quietly admitted it to the FFRF attorney, and not to the parents or students who complained about it, or to the public. And despite finally admitting in writing that District policy was violated on multiple counts on December 18, not one person in the District has apologized to the DMS student who spotted and reported the violations, or to the outraged parents the administrators tried to stonewall.

Along the same lines, Superintendent Gibson is refusing to acknowledge that any bullying  has occurred at Delta Middle School as fallout from the errant bible giveaway.

Gibson has denied all bullying events have occurred, even to the parents of the students who have been targeted by the harassment and bullying.

The bullying this issue has generated is spilling out beyond the school property, too. Someone TP’ed a tree in the front yard of an atheist student’s house, indicating the hostile atmosphere atheist students and families face in general in Delta.

The first step in solving a problem is acknowledging it exists.

Stonewalling parents and denying District students face physical danger at school due to misguided religious literature giveaways and because they are not Christian does not engender trust or confidence in the Delta County School system.  Parents should be able to expect that their local public school system will respect and protect their kids from harm while they are at school. The first step in doing that is acknowledging that threats actually exist, and step two is addressing the cause. It’s clear such threats exist in Delta schools, and it has now become very clear that it traceable to bad District policy.

It is well past time for the Delta County School system to own up to the problems caused by it’s misguided, over-the-top proselytizing, address the terrible way non-believing students have long been treated and take steps to stamp out Christian favoritism and religious bigotry in their schools.

—Note: The author is Board Member at Large and founder of Western Colorado Atheists and Freethinkers, founded in 2007.