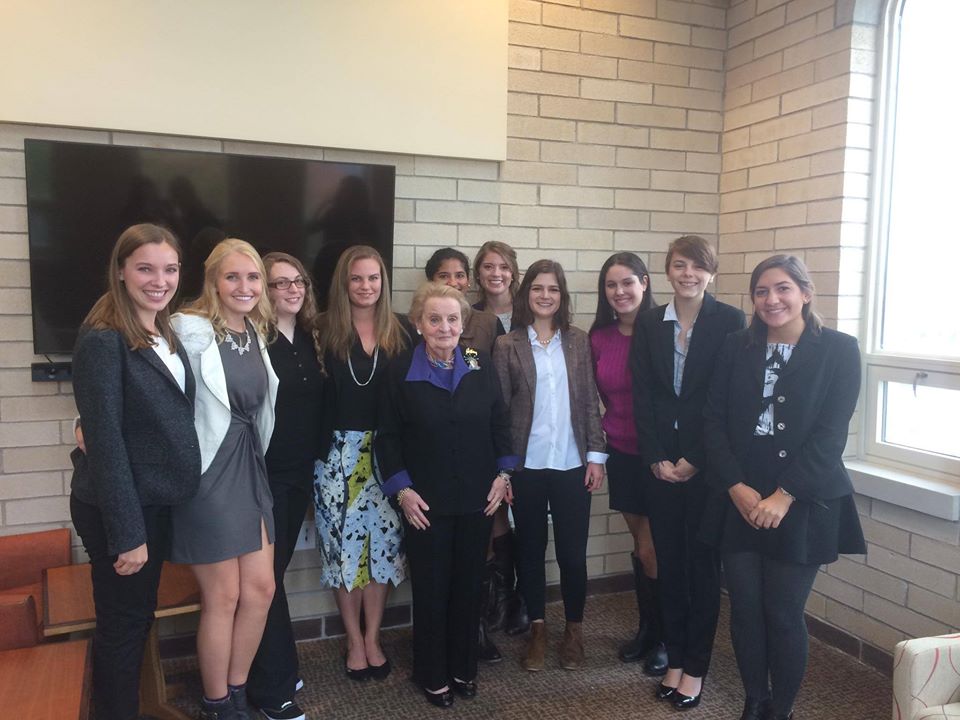 Former Delta High School student Cidney Fisk (second from right) was one of a small group of DU students who were privileged to meet and  converse at length with former U.S. Secretary of State Madeleine Albright on October 12

So far in her freshman year at Denver University, Cidney Fisk, the “A” student who was slapped with a slew of Fs by her Delta High School student government teacher after she publicly criticized the school district for its illegal Christian proselytizing and disproportionate funding of athletics over academics, has met former Secretary of State Madeleine Albright, and is a featured speaker at California Freethought Day in Sacramento, today, October 16, 2016. Albright was the first woman to serve as U.S. Secretary of State. Freethought Day organizers are footing the bill to bring Cidney to Sacramento for the event, and are paying her an honorarium for speaking. The theme of this year’s Freethought Day is #SecularPride.

4 comments for “Cidney Fisk Meets Madeleine Albright, and is a Featured Speaker at Freethought Day in Sacramento”