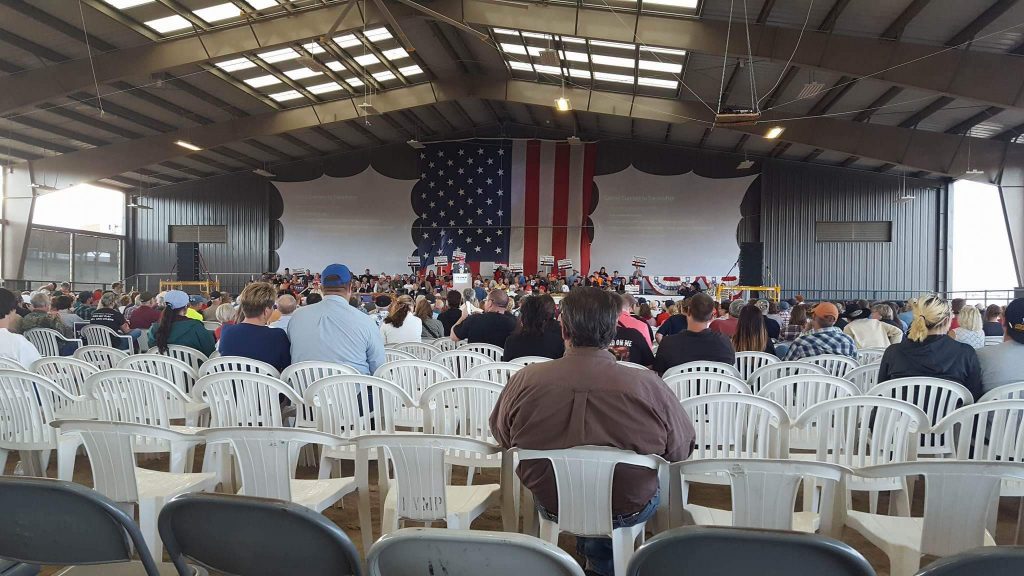 Photo taken at the Donald Trump Junior rally inside the Mahindra Arena at the Mesa County Fairgrounds when it was in full swing shows plenty of empty seats.

KKCO reported on tonight’s news that “thousands” of people turned out for Donald Trump Junior’s rally at the Mesa County Fairgrounds this evening, but an observer inside the Mahindra Arena took a photograph of the rally that showed barely over half the seats filled. People inside the scene estimated about 200 people in attendance, a low figure given the county’s large Republican majority. KKCO later revised their estimate on their website to “nearly a thousand” supporters, but according to photographic evidence, they’re still far off the mark. One African American protester who went into the event said he was the only person of color in attendance at the rally, yet in his talk Trump Junior reportedly praised all the “diversity” he said he saw in the crowd at the arena. 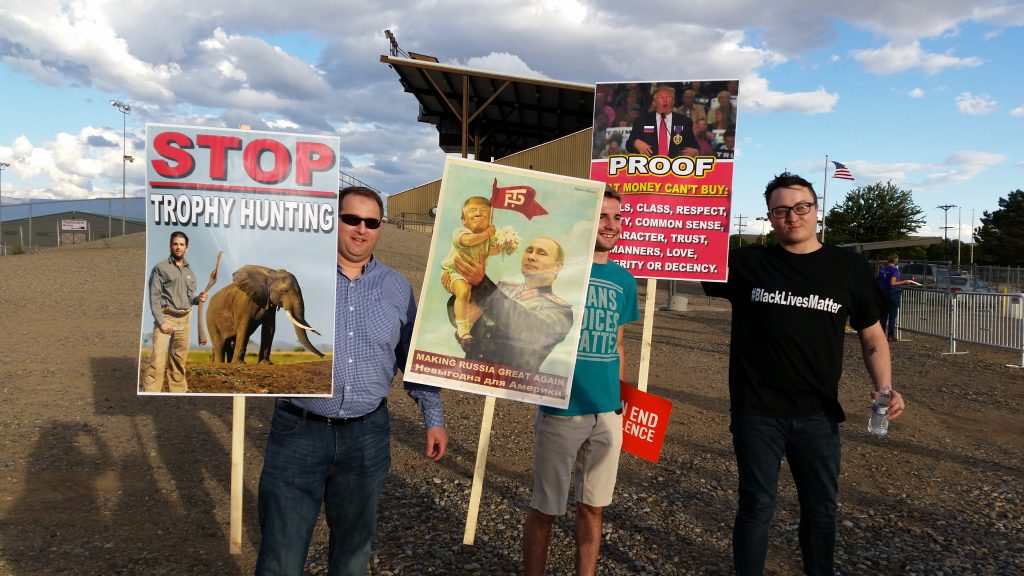