In a subtle but stunning rebuke, the Grand Junction Area Chamber of Commerce has quietly declined to endorse Scott Tipton (R) in his bid this year to win re-election as Colorado’s 3rd Congressional District’s House Representative. In its 2016 Voter Guide (PDF), the chamber endorses candidates in other races, but for the first time it does not endorse Tipton.

The chamber has endorsed Tipton ever since he first ran for Congress in 2010, and maintained its support of the tea party favorite throughout the years, until now.

This year, no endorsement. Zero. Zip.

Why No Endorsement This Year from The Chamber?

Since the chamber hasn’t stated publicly the reason or reasons it failed to endorse Tipton, there could be any number of reasons why it decided to pull its support this year:

Tipton recently embarrassed himself by announcing he was voting for Donald Trump for President: “Given our choice, I’m going to support the Republican nominee over Hillary Clinton’s job-killing agenda,” Tipton said. Trump has proven to be too extreme, uninformed, immature and dangerous a candidate for the presidency, even for many die-hard Republicans.

The western slope has also been losing economic ground for a long time under both Schwenke and Tipton, and perhaps the chamber felt this reflected poorly on them as an economic driver, since they’ve been a staunch supporter of Tipton for so long, to no avail. 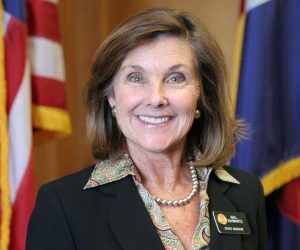 More recently, Tipton was outed in April of 2016 as having released a draft bill pertaining to drilling in the Thompson Divide that was written by lobbyists who worked for one of Tipton’s biggest donors, SG Interests, a Texas-based oil and gas company. The Denver Post reported that Tipton’s legislation duplicated word for word entire sections of a proposal written by SG Interests’ lobbyists. Tipton has received about $39,000 in contributions from individuals associated with SG Interests.

Tipton also voted against an amendment to HR 5538 that would have prevented the selling off and privatization of public lands, an unpopular idea with many western slope constituents. See Tipton’s “NO” vote on HR 5538 here. 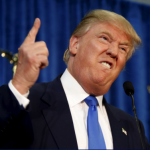 Tipton announced he is supporting Donald Trump for president

Also, on September 9, 2016, the Daily Sentinel published an article that pointed out that Tipton was running misleading ads in which he blamed his opponent, Gail Schwartz, for ending jobs in Delta County’s coal industry. The Sentinel pointed out that Tipton omitted mention of the international market forces and devastating fire that were actually what caused the area’s coal mines to close.

Or maybe Tipton just said something to chamber president Diane Schwenke that she didn’t like.

Unless the chamber tells us exactly why they dumped their support for Tipton after all these years, we’ll be forced to speculate.