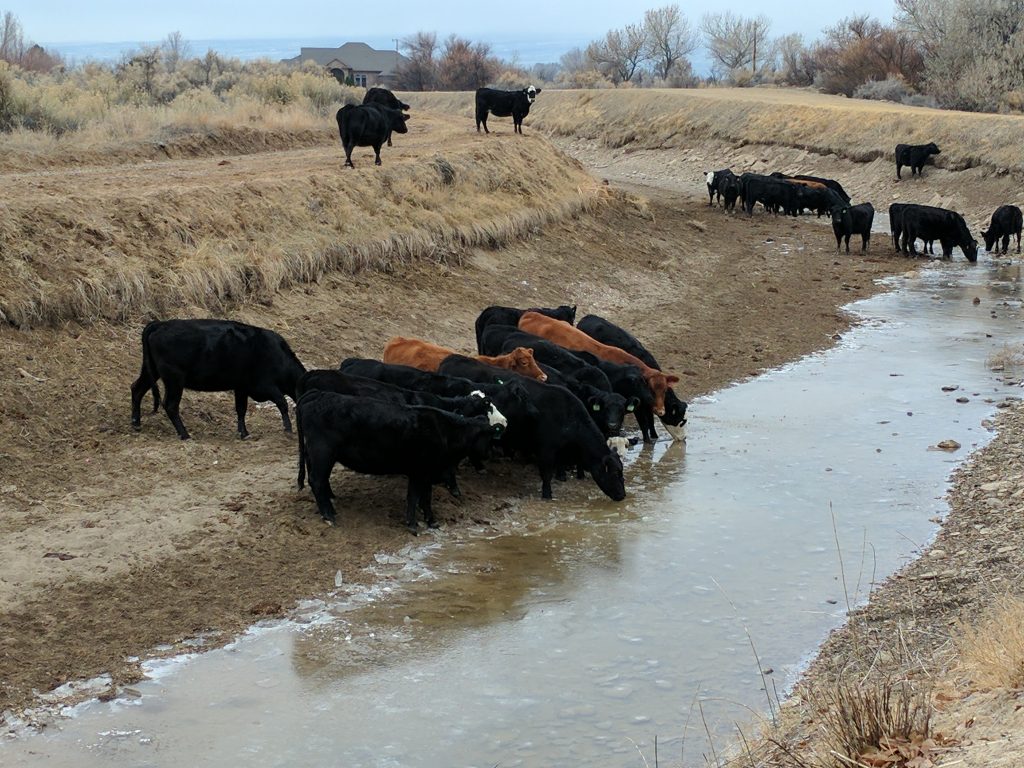 Desperately thirsty cattle on BLM land clamber down into the Grand Valley Canal and break the ice on the few remaining puddles to get water.

Western cattle ranchers often rail against federal government control of public lands, but aren’t averse to taking taxpayer-funded handouts whenever they can get them. Indeed, even famously insurgent Nevada cattle rancher Cliven Bundy took help from a taxpayer-funded public defender after being arrested on 16 charges of conspiracy to commit offenses against the United States.

Ranchers graze cows on BLM land at a fraction of the cost of grazing them on private land. In 2012, it cost roughly $1.35 a month to graze a cow on federal land, while private landowners charged an average of about $20 per month per cow for cattle grazing. This means ranchers who graze their cows on federal land get a 93% discount over grazing them on private land. Grazing cattle on public lands also can apparently lead to neglect, as ranchers expect the government to tend to them as well. The cows in the photo, left without any other water source, depend on quickly disappearing puddles of frozen, muddy water left in the bottom of the government-owned Grand Valley canal for water. The average cow needs 30-50 gallons of water each day, which the rancher who owns these cows is apparently is not providing. Cows are also inept climbers, making getting in and out of the canals to get water difficult for them.