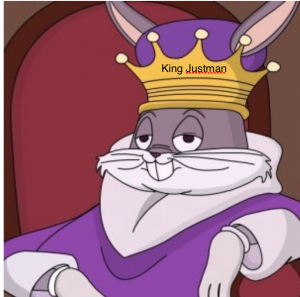 Check out this online exchange between Mesa County Commissioner John Justman and one of his constituents:

On December 14, a Mesa County resident posted a link to an online petition titled “Defend the Arctic Refuge from Oil Drilling” on Facebook along with the comment “Tillerman will drill this.”

The person was referring to Donald Trump’s secretary of state nominee Rex Tillerson, the former CEO of Exxon, who has made drilling for oil his life’s work.

Surprisingly, the first person to chime in in the comment section below the post was none other than Mesa County Commissioner John Justman, who wrote “Good Job Tillerman,” signaling his approval for drilling the Earth to death while repeating the misspelling of Tillerson’s name.

In response, the constituent wrote:

“John sometimes I think you say these things to be funny. The truth is this time it is NOT funny. You will be dead before your grandchildren will have to deal with a entire change in the environment you and I have taken for granted. Today the North Pole had a high of over the freezing level and the “heatwave” is suppose to continue. These fragile areas have iconic creatures you and I are familiar, but your grandchildren will watch the last of those animals perish. If you believe that is good, then I question your fitness to serve as a Commissioner. That position takes great analytical and practical thinking about today and the future.”

To this take-down, Justman thundered back:

Justman seems to be taking a leaf from America’s most famous pathological narcissist, Donald Trump himself, believing he is entitled to his public office, knows everything he’ll ever need to know, is above reproach since he’s such a super-smart guy and that anyone who dares question what he says or does is off base.

Not a very good way to act for someone who is supposed to represent Mesa County citizens, evidently not all of whom believe that drilling everywhere on Earth at any cost is a good idea.