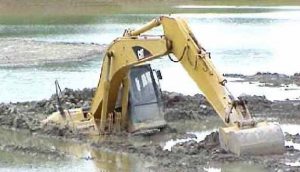 The OCE is responsible for investigating corruption and misconduct by House members. It was created in 2008 after Randy “Duke” Cunningham, a former Republican representative from California, was sentenced to prison on bribery and other criminal charges he incurred while in office. The OCE perhaps best known for its investigations into the Jack Abramoff lobbying scandal, and investigating former House Majority Leader Tom DeLay, who in 2010 was convicted on criminal charges of conspiracy to launder corporate money into political donations. In his defense, DeLay argued he was improperly convicted for just “doing what everybody was doing.”

If overall Republicans felt they were serving their constituents honestly and ethically in the best way they knew how, they probably wouldn’t give much thought to the OCE. But instead, they focused on it quickly and early with an eye towards destroying it. So why carry out an attack aimed at constraining the OCE, if not to pave the way for unfettered unethical activities like those we’ve already seen so much of in Congress?

Tipton Won’t Say How He Voted

House Rep. Scott Tipton (R), refused to reveal to his constituents how he voted on the measure to gut the Office of Congressional Ethics.

The western slope’s House representative, Scott Tipton, refused to say how he voted on the shameful measure to gut the OCE, but we can figure that if if he was proud of his vote, he probably would have revealed it quickly. The fact that he wants to keep anything this important a secret from his constituents is in and of itself a red flag, and unethical enough for us to take notice.

Ultimately House Republicans were forced to reverse their amendment after the media exposed it and ethics groups and constituents swamped them with howls of protests.

It appears that far from “draining the swamp,” as Trump told voters he wanted to do, Republicans are trying right out of the gate to find ways to fortify the swamp and be more corrupt than ever. Their escapade to hobble the Office of Congressional Ethics shows that Republicans are in fact salivating over their new power, and busily working to plug holes in the swamp, add a new liner and populate it with even more monsters.

It’s going to be a long, hard four years.