Former Mexican President Vicente Fox (2000-2006) has been trolling Donald Trump on Twitter and responding to  Trump’s incessant Tweets in English, writing devastating responses questioning his legitimacy as president, telling him Mexico won’t pay for the (expletive) wall he’s been promising to build between the U.S. and Mexico, and much more: 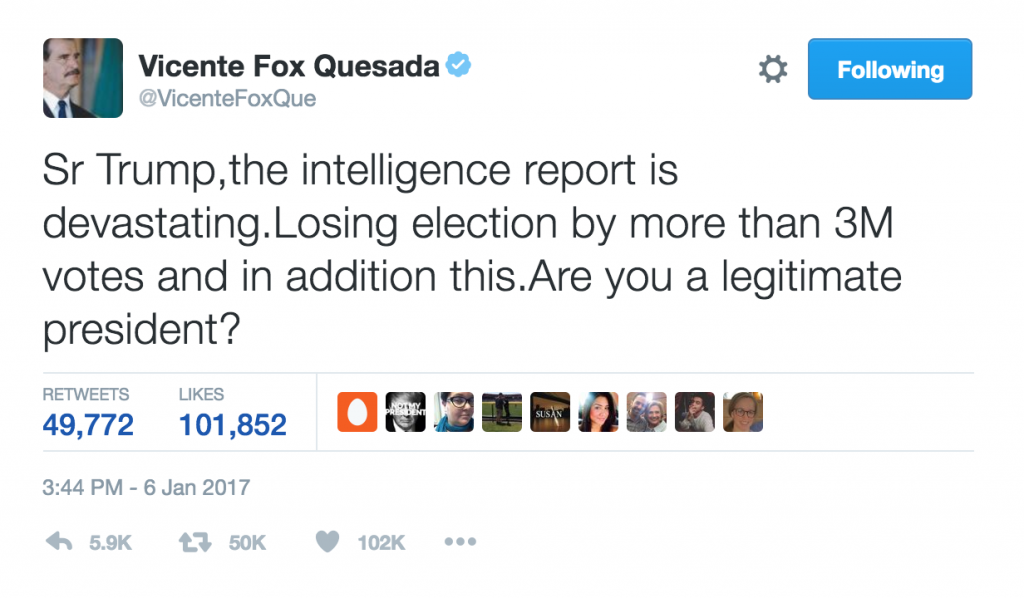 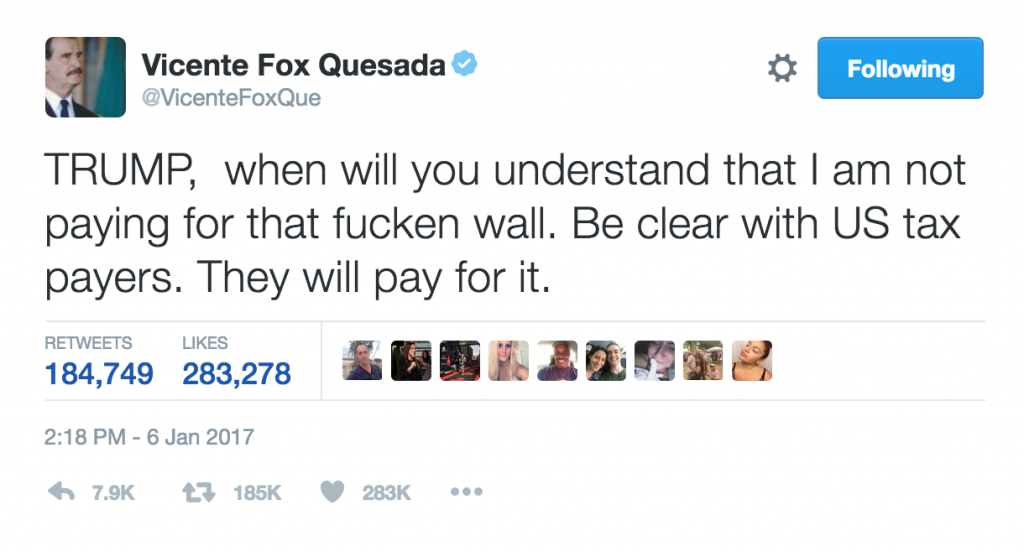