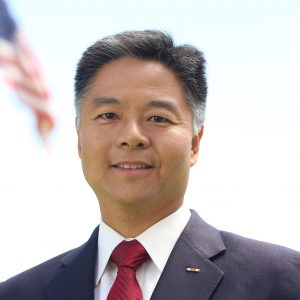 The flap started when Rep. Lewis said in an interview today with Meet The Press host Chuck Todd that he will not be attending Trump’s inauguration in part because he doesn’t think Trump is a legitimate president due to Russia’s reported interference the U.S. election.

Los Angeles County has a population of over ten million people, making it the most populous county in the U.S., and larger than 42 individual states.

“I respect Members of Congress who choose to attend the Inauguration of President-elect Donald Trump or choose not to, just as I respect Members of Congress who attended or did not attend the two Inaugurations of President Barack Obama.  I view this as a personal decision because no votes are being taken and no policies will be enacted at this ceremony.  While I do not dispute that Trump won the Electoral College, I cannot normalize his behavior or the disparaging and un-American statements he has made.”

“Trump–who lost the popular vote–has made a series of racist, sexist and bigoted statements.  In addition, he has attacked Gold Star parents, veterans such as John McCain and now civil rights icon John Lewis.” 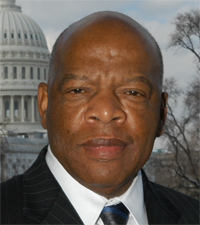 “Trump has made statements denigrating the patriotic and professional men and women of our intelligence services, many of whom risk their lives in service to our nation.  He also continues to believe Vladimir Putin over our intelligence services and is actively misleading the American people when he denies Putin ordered a brazen, multifaceted cyberattack on America to benefit Trump.”

“On January 20, Trump will be in violation of Article 1, Section 9 of the Constitution because of the massive conflicts of interests he has with his global business holdings.  That provision of the Constitution was designed to prevent foreign influence over American elected officials.  Trump can cure this Constitutional defect by divesting his holdings or putting them into a blind trust, but so far has been unwilling to do so. “

“Can a man such as Trump have a good idea?  The answer is yes.  And if the next Administration has a good policy, such as withdrawing from the flawed Trans-Pacific Partnership, I will support it.  But if Trump has unconstitutional or bad ideas, such as creating a registry based on religion or gutting Social Security and Medicare, I will oppose them.”

In the early 1960s, Congressman Lewis, who has long represented Georgia’s 5th Congressional District (Atlanta), organized sit-in demonstrations at segregated lunch counters in Nashville, Tennessee.  In 1961, he participated in the Freedom Rides, which challenged segregation at interstate bus terminals across the South. Lewis risked his life on many of those rides by sitting in seats reserved for white patrons. He was beaten severely on several occasions by angry mobs and arrested by police for challenging the injustices of Jim Crow segregation in the South. He helped lead the famous march over the Edmund Pettus Bridge Selma, Alabama on March 7, 1965, to advocate for voting rights for African Americans. Despite the march being steadfastly peaceful, Alabama state troopers attacked participants in a brutal confrontation now known as “Bloody Sunday.”  News broadcasts and photographs exposing the vicious cruelty of segregation in the south helped pass the Voting Rights Act of 1965. Congressman Lewis has received over 50 honorary degrees from prestigious colleges and universities throughout the U.S., including Harvard, Brown University, the University of Pennsylvania, Princeton, Duke, Morehouse College, Clark-Atlanta University, Howard University, Brandeis University, Columbia University, Fisk University, and Troy State University. 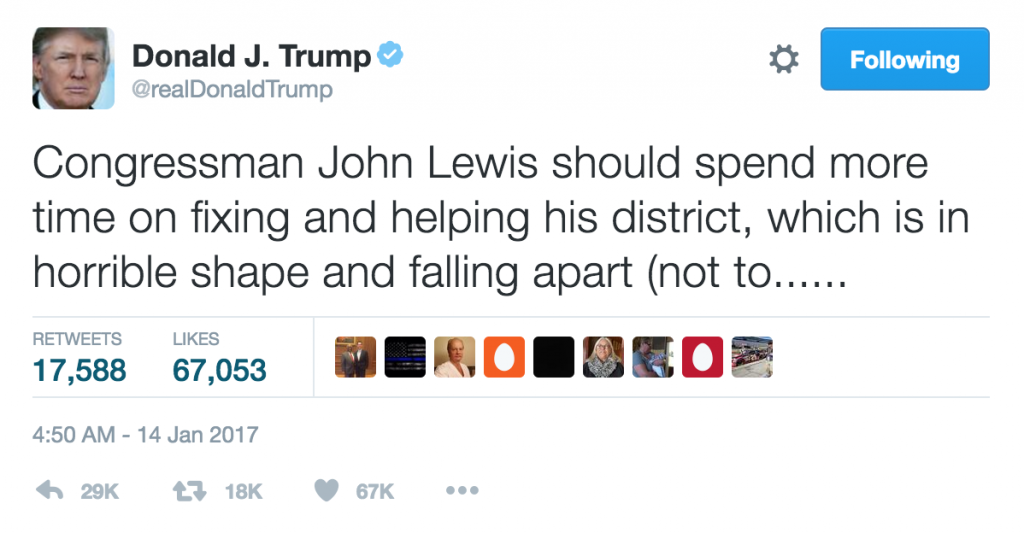 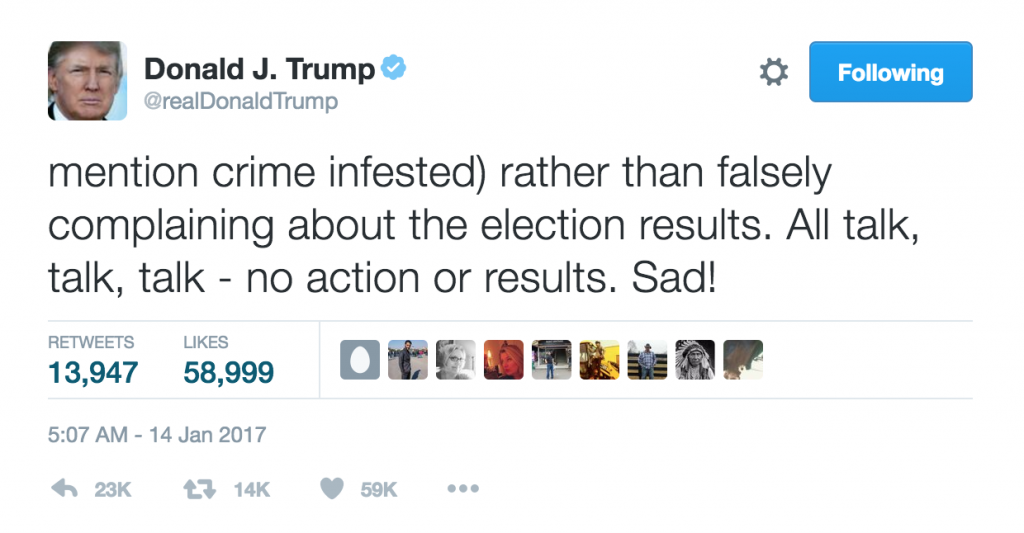 2 comments for “U.S. Congressman Issues Statement on Decision Not to Attend Trump’s Inauguration”