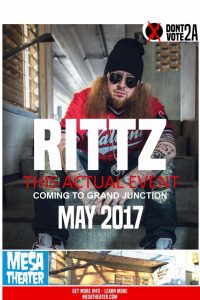 Grand Junction residents aren’t shallow or selfish. They put a lot of thought into their votes, and there’s a lot to consider with this measure, particularly given Grand Junction’s dire financial position and long list of other needs.

Promoters say the events center, known as Measure 2A on the citywide ballot, will cost $65 million to build, but their own press release and the wording of the ballot measure both say that, including the financing costs over its proposed 30 year term, the total cost to taxpayers for the event center will actually come to $134 million. Fully half that amount is interest the City will have to pay on the loan needed to finance the project. That’s twice the amount we’ve been told about in promotions for the project, and while it’s the more realistic total estimated cost of the project, it’s not the figure event center promoters have been touting.

Also, voters need to consider other information about this project that isn’t being volunteered by promoters, like the potential long term risks of the project.

Before voting, it’s worth investigating other cities’ experiences with events center boondoggles and why they came about.

A May 16, 2011 New York Times article titled “Company’s Arenas Leave Cities with Big Problems” tells the story of Rio Rancho, New Mexico, a smaller city that fell for an events center pitch and agreed to build a mid-sized event arena. The promoters promised citizens it would be profitable within a year, but the arena failed to book enough events, attendance was lighter than estimates due to high ticket prices, the city’s minor league hockey team folded and a high turnover of arena staff led to even more problems. Ultimately, the arena lost so much money that the city of Rio Rancho had to spend millions to keep it afloat each year. As a result, the city had to furlough workers and curtail spending on parks and other public services to help foot the bill for the event center. 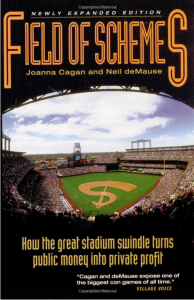 Experts in the construction and financing of such facilities also warn that construction of events centers and stadiums hardly ever come in on budget and almost always end up costing more than anyone thinks they will. Expenses often omitted from a project’s total proposed cost include infrastructure items like rerouting surface streets, installing sewer lines and long term maintenance. Daniel Rascher, Professor and Director of Academic Programs for the Sport Management Program at the University of San Francisco and president of the consulting firm SportsEconomics, says “The initial budget [for a proposed events center] is usually lower than it will end up being. People don’t want it to seem too big when going before the public.”

An article in the September, 2012 issue of the Atlantic, “If You Build It, They Might Not Come: The Risky Economics of Sports Stadiums,” serves up “a lesson in public debt and defeat.” The article describes the plight of the city of Glendale, Arizona, which spent $324 million on an events center for a hockey team, only to be left pouring $15 million a year into maintenance of the facility, while also simultaneously having to pay off the debt for building it. The authors wrote,

“…[A]ccording to leading sports economists, stadiums and arenas rarely bring about the promised prosperity, and instead leave cities and states mired in debt that they can’t pay back.”

The authors cite multiple problems with arena ventures including how much time the arena sits empty between events, and the cost of paying a management company to manage the arena. One author, Victor Matheson, an economist who has studied the economic impact of stadium construction for decades, says

“Take whatever number the sports promoter says, and move the decimal one place to the left. Divide it by ten, and that’s a pretty good estimate of the actual economic impact” of a proposed publicly-funded events center.

In 2013, the city of Prescott, Arizona, found itself embroiled in a lawsuit involving their event center, over whether developers artificially inflated projections of the event center’s revenue. The lawsuit claims that as construction costs for the Prescott Valley events center escalated, the center’s developers fraudulently inflated revenue-potential projections to make the project “pencil out.”

There’s even a website devoted entirely to failed arenas and event centers called FieldOfSchemes.com, that carries the latest news about how stadium projects around the country are fleecing taxpayers. The site is based on the book “Field of Schemes: How the Great Stadium Swindle Turns Public Money Into Private Profit,” by Joanna Cagan and Neil deMause. Since 1998, the authors say, they “have been casting a critical eye on the roughly $2 billion a year in public subsidies that go toward building new pro sports facilities.”

Consider the Credibility of the Measure’s Biggest Supporters 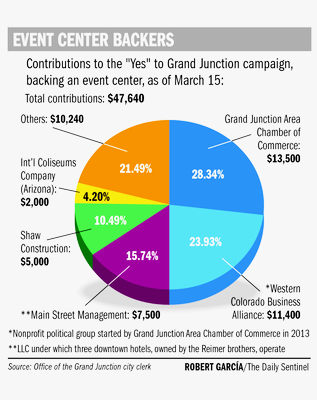 Saying “no” to the event center also means saying “no” to the Grand Junction Area Chamber of Commerce and its dark-money lobbying group, the Western Colorado Business Alliance, which have let people down before by promoting ballot measures like the Brady Trucking debacle of 2013 that didn’t end up delivering any of the promised economic development. Adding to uncertainty about their pronouncements, the chamber and WCBA tend to cite spurious out-of-state “experts” to support their positions on ballot issues and have backed candidates for public office who’ve been arrested and ended up in jail. What’s more, it’s become difficult to continue to buy the notion that the chamber has the community’s best interests at heart. After all, the chamber has a decades-long political track record of opposing worker-friendly and family-friendly initiatives, including equal pay for equal work, increases in the minimum wage, laws guaranteeing parents small amounts of unpaid leave to attend their kids’ academic school meetings, measures that would make it easier for homeowners to sue builders over major construction defects in their homes and more. After fighting workers’ and families’ best interests for decades, now the chamber tells Grand Junction residents that if they don’t vote for the event center they are “saying no” to their own town as a whole. That is simply not the case. There are many logical, sensible reasons not to back this project, and no one who votes against it should feel badly about doing so. Moreover, the chamber has been such an unreliable partner when it comes to the interests of the larger community, and has so consistently failed to vet the projects, “experts” and candidates it supports, that its backing of 2A actually bodes poorly for the probability that an event center, if built, would have a successful outcome.

The measure is also supported by Mike Anton, who has the distinction of having run Grand Junction’s first-ever negative campaign ad in a City race. In the ad, Mr. Anton personally threatened a candidate for city council.

Consider all the Available Economic Information

So voting “no” on the events center doesn’t mean you are a stingy, mean, negative person or down on your town. It means you’ve thoughtfully considered all the angles and you don’t think it is an appropriate project for our city at this time. Voting “no” on this proposal means you’ve done your homework and are saying “no” to the actual stated $134 million repayment cost of the facility over its 30 year term. It’s also saying there are more crucial things that need consideration first when it comes to increasing taxes, like shoring up District 51’s desperate, crumbling schools, addressing our area’s dire mental health issues and incredibly high teen suicide rate by building out the city’s many promised parks and a community recreation center. Voting “no” is a statement that there are plenty of less expensive and less risky ways to bring high paying jobs to town than this project, like approving the sale of retail marijuana, which would only require writing a new set of laws and wouldn’t require any costly new infrastructure. Incredibly, neither the city nor the chamber have never even publicly considered this option to boost the area’s local economy, even though the possibility was laid at our feet after voters approved Amendment 64 legalizing marijuana back in 2012. There are other remarkably low-investment, low risk ways to boost the local economy, and we’ve never even tried them. 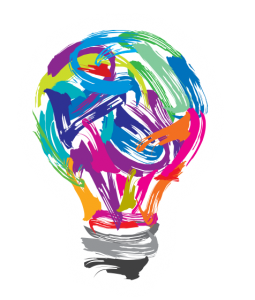 Imagine we lived in a city where big businesses, their chamber of commerce and the chamber’s money-laundering “social welfare” political group pulled together in a giant effort to raise tens of thousands of dollars to help the school district pass a desperately-needed bond measure to replace crumbling school buildings and outdated textbooks. Imagine these entities put a great importance on assuring District 51 had the very best schools and most advanced technology of any school district in the state. Imagine these entities pouring their effort into making a recreation/community center a reality as a way to help address our area’s sky-high suicide rate and proliferation of mental health issues in town.

Does it make you feel warm inside to imagine that big businesses and their lobbying groups would care so much about the welfare of Grand Junction’s kids, families and workers that they would put this kind of effort behind such projects to benefit them directly?

Just can’t seem to imagine it?

Then we have a lot of work to do here in Grand Junction to find local leaders who will better reflect the values of area citizens.