Word is out that Central High School’s Senior Student Senate has voted to change the school’s annual baccalaureate from a religious event featuring a blessing by a pastor to a secular event featuring 3-5 minute speeches by students about what they are grateful for.  By the time the Student Senate voted on the issue, it was too late to change the name of the event because the materials promoting it had already been printed, but they say next year the name of the event will be changed as well.

A baccalaureate ceremony is a religious service in honor of graduates that is separate from the school’s graduation ceremony. Students typically wear their caps and gowns to baccalaureates, and the ceremonies usually feature school principals or teachers saying prayers or benedictions, and reading scripture.

Central’s Student Senate consists of about 40 students, with ten individuals representing seniors. The ten senior representatives were the ones who voted on the matter. The students reportedly are concerned that religious baccalaureates violate the constitutionally-guaranteed separation between church and state, and exclude religious minorities. They also noted that participation in baccalaureates has fallen off drastically in the past few years due to low interest. At this year’s event, students can still bring up religion in their own personal speeches. In the mean time, pursuant to the vote, a separate group of students is working with local churches to put on their own, private traditional baccalaureate that will be completely independent of the school. Some students are circulating a petition in hopes of getting 2/3 of the class, about 260 students, to go back to a traditional baccalaureate.

The CHS students’ vote makes it clear that students’ attitudes are changing towards these ceremonies, which have long conflated religion with a public school education, particularly in western Colorado.

Baccalaureate ceremonies in the Grand Valley have been getting closer scrutiny and undergoing changes in recent few years to assure that, if they are held, they are inclusive and more secular events. 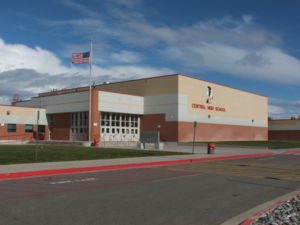 In 2015, Fruita Monument High School’s choir and orchestra students were reportedly required to perform at the school’s baccalaureate, and students who didn’t want to take part in the ceremony were threatened with lowered grades and told that if they failed to attend, they would have to perform all of the concert music solo, in front of the entire class, at a later date. A Fruita resident, after hearing about the threats, contacted the Freedom From Religion Foundation (FFRF), an advocacy group based in Wisconsin that promotes separation of religion and government. FFRF attorneys sent a letter to District 51 advising that they needed to change the rules for organizing religious baccalaureates to assure school staff don’t participate in their planning or participate in the ceremonies in their capacity as school employees. FFRF also advised D-51 to assure all students that attendance at baccalaureates is strictly voluntary. District 51 accordingly changed their policy, and now school staff can only attend these ceremonies in their capacity as private citizens or parents, and students cannot be forced or coerced to attend.

In 2015, Grand Junction High School also altered their baccalaureate ceremony to omit religious speakers. Their event honored four GJHS teachers for their efforts to help students get to graduation, and featured musical performances by seniors, the school orchestra and choir students. 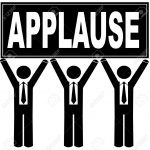 The students of Central High School’s Senior Senate should be commended for their thoughtfulness and empathy towards fellow students who belong to religious minorities and are non-believers, and their understanding of the actual meaning of the U.S. Constitution.