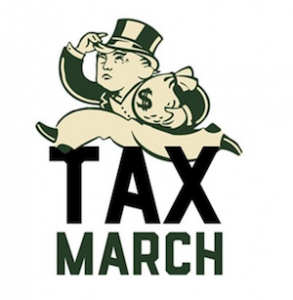 The Emoluments Clause is 49 words in Article I of the Constitution. It says:

“No Title of Nobility shall be granted by the United States: And no Person holding any Office of Profit or Trust under them, shall, without the Consent of the Congress, accept of any present, Emolument, Office, or Title, of any kind whatever, from any King, Prince, or foreign State.”

Many people believe Trump is already violating the Emoluments Clause by taking payments from foreign powers. For example, Trump rents out space in Trump Tower to a Chinese Bank. He also has an enormous global business empire that is reliant on payments from foreign entities, including loans, rents and sales of apartments, condos and retail space in resorts, hotels and developments around the world.