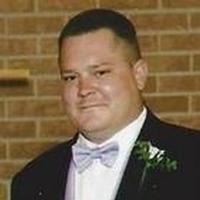 Matthew Bandelin, struck by a vehicle and killed at age 38 while trying to cross Horizon Drive in January, 2015

The headline article in today’s Daily Sentinel, “No quick fix on Horizon,” tells how for years businesses along Horizon Drive have been begging the City of Grand Junction to make the street safer for pedestrians.

Three pedestrians, all tourists, have been killed by vehicles on Horizon Drive in the last seven years trying to cross the street between the hotels and restaurant establishments. The three victims were all killed within 700 feet of each other. These people lost their lives merely because they visited our town. Many others have been very badly injured crossing Horizon Drive, but lived. The safety problem on Horizon has been well known to the City for a long time, but nothing has been done during all this time to make the street any safer for pedestrians.

The Horizon Drive Business Improvement District, all too aware of the problem, asked City Council yet again at the Tuesday, September 5 for help to make the street, often called the “Gateway to Grand Junction,” safer, only to be turned away yet again.

Business owners proposed constructing three raised crossing zones with pedestrian-activated warning lights and protective medians where pedestrians could wait safely for traffic to clear, at an estimated cost of $200,000 to $250,000.

The City’s answer? They just don’t have the funds.

Plenty of money, but for other things

Loretta Goldie Clark Peretta, 79, killed after being hit by a vehicle on Horizon Drive in June, 2012. She was staying at the Super 8 with her husband and they were walking to Applebee’s for dinner. They were on a trip to see Mt. Rushmore

The City of Grand Junction provides $500,000 per year to support the expansion and property acquisition efforts of Colorado Mesa University (pdf). That’s a whole lot of taxpayer money and CMU’s property acquisition isn’t a life-or-death need like the Horizon Drive Deathtrap. The City could easily put half of that amount towards fixing the Horizon Drive Deathtrap for one year. It only seems fair given the pressing need.

The City also spends $6,350 to be top-level member of the Grand Junction Area Chamber of Commerce, which made a name for itself with it’s bigotry, bullying and intimidation, overbearing political involvement, across-the-board opposition to higher wages for workers, and fake “Buy Local” programs. The Chamber lobbies the City, so by its membership, the City is funneling the Chamber money to lobby itself. That’s just silly, and a big waste of money. In exchange for it’s many thousands in membership fees, the City gets a table at the Chamber’s annual banquet, sponsorship of a hole in the Chamber’s annual golf tournament, premier seating at Chamber events and the City logo on the Chamber’s website.

Now, is that really a worthwhile investment of taxpayer funds, especially when life and limb is at stake?

It would seem the $6,350 in Chamber membership money would be better put towards fixing the Horizon Drive Deathtrap. The City shouldn’t belong to the chamber at all, but if for some reason it feels it must grease the palm of the chamber, the City could certainly be a member for a few years at the lowest level ($340/year) and put the difference of over $6,000/year into safety improvements to fix the Horizon Drive Deathtrap.

The City also pledged to put $22,000 and put 350 labor hours toward changing the street signs on North Avenue to read “University Boulevard.” There’s yet another pot of money that could be diverted from a non life-or-death use and put towards fixing the Horizon Drive Deathtrap.

So there is certainly plenty of money available. The question is, what are the City’s priorities?

It’s getting to the point where one more death or bad injury to a pedestrian on Horizon Drive could open the City up to a lawsuit for its longstanding, willful neglect of a known dangerous condition. Would it take a wrongful death lawsuit to get the City’s attention on this matter?

Why does the City put a higher priority on its Chamber membership and CMU than it does on human safety?

It’s an ugly question and sad that we even have to ask it.

It’s been said that a budget is moral document, “For where your treasure is, there will your heart be.” A City’s budget should reflect the priorities of its residents. I would like to believe Grand Junction residents see the urgency in protecting tourists and preventing further injury and death on Horizon Drive, and put this as a priority over helping CMU buy another acre of land, changing the street signs on North Avenue or helping City employees chit chat with at the annual Chamber banquet.