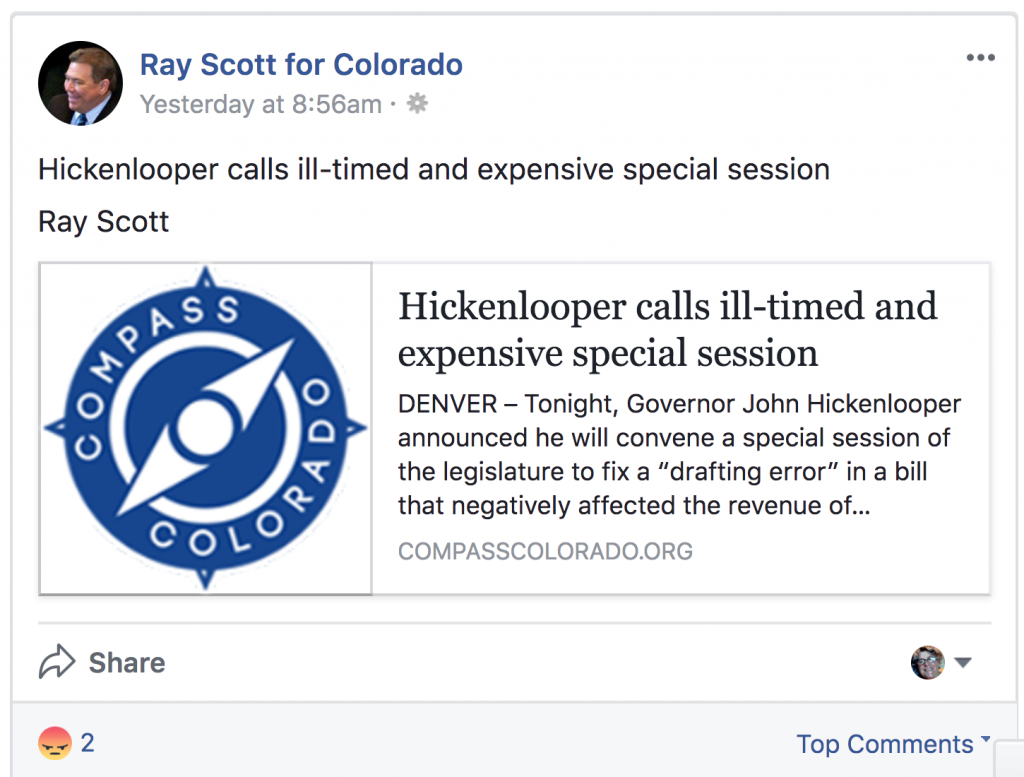 State Senator Ray Scott is upset that he must attend a special legislative session being called to fix a serious problem affecting a huge number of Colorado citizens.

State Senator Ray Scott doesn’t want to be bothered with having to fix a huge mistake the Colorado legislature made in 2017 that is blocking dozens of entities from getting crucial funds they need to function.

This spring the Colorado Legislature passed Senate Bill 267, a measure that re-wrote the state’s pot tax law and amended a state hospital funding program. But the bill mistakenly blocked dozens of cultural and special districts and the people they serve — including the RTD, the Denver Zoo, Denver Museum and Nature and Science and other public entities — from collecting recreational pot taxes they were receiving before the re-write took effect July 1.

According to House Majority Leader KC Becker of Boulder, “Dozens upon dozens of people reviewed the draft” of the bill, but didn’t catch the error.

It’s is costing so many entities so much crucial money that Governor Hickenlooper called a special session to fix the problem, to start on October 2.

In a September 15 Facebook post, Sen. Ray Scott dismissed the special session as “Ill-timed and expensive,” citing not an legitimate news source, but an article by Compass Colorado, a secretive right-wing attack group that doesn’t reveal its funders. It seems Sen. Scott would rather enjoy his time off without being pestered with pesky emergency efforts to fix unexpected problems that negatively affect a huge number of Coloradans.

But isn’t that what we elect our legislators to do?

1 comment for “Sen. Ray Scott Doesn’t Want to Do His Job”