CO Senator Cory Gardner has taken $3.8 million from the NRA and reliably votes against measures to reduce gun violence in the U.S.

Another day, another gun massacre.

Still Republican legislators don’t even lift a finger to address it. “Thoughts and prayers” is their only response, since it holds off action on the insane proliferation of guns in this country, and blocks discussion of what can be done about mass gun violence in the U.S.

There is only one reason why gun massacres are now a common occurrence: America is awash in guns. It’s way too easy to get guns, even extremely dangerous ones, and it has been for far too long. People can  legally amass entire arsenals. The colossal number of guns washing around in the U.S. compared to other countries makes it extremely easy for anyone with even the most petty grievance to use a gun to settle a perceived score by killing people en masse.

And that’s exactly what is happening.

Typically after a massacre like Las Vegas or Texas or Newtown, the first thing people worry about is what the shooter’s motive was.

Why waste time doing that? By it’s definition a mass shooting is a senseless, pointless, mindless mass murder. It is MINDLESS terrorism done for the only purpose of making people suffer. A motive has no relevance any more when any American can get ahold of gun, or an entire arsenal of guns, and seek satisfaction against perceived injustices by shooting at peaceful people in gathered in movie theaters, grocery stores, concerts, nursing homes, schools, maternity ward, you name it. If it hasn’t been shot up yet, you can be assured it will be soon as long as we do nothing to stop it. 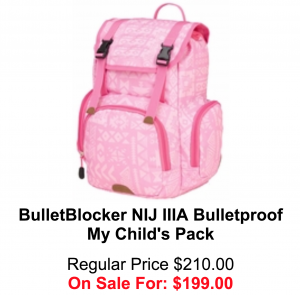 The only way to reduce now-almost daily gun massacres is to take drastic and immediate action to start reducing the number and availability of guns in society. Barring that, things will only get worse until we live in a dystopic society in which we all constantly live in fear for our lives.

Democrats display heart, conscience, concern for human life, and a sense of urgency about protecting public safety and addressing the gun proliferation problem; Republicans do not

Most Americans support gun control measures, but Congress has long stood in the way.

Democrats have worked for decades to pass measures to wind down the easy availability of guns. They’ve called for universal background checks, closing the gun show loophole, banning high-capacity magazines, silencers and the sale of assault weapons. Some Democrats even sacrificed their elected positions to assure action was taken towards reducing gun massacres. Meanwhile, most Republicans are in the pocket of the National Rifle Association and block progress against gun proliferation at every turn. The Republican majority in Congress even blocked the Centers for Disease Control (CDC) from researching firearm injuries and deaths in 1996, even though it’s a clear public health hazard.

Republicans’ refusal to address the out-of-control gun massacre problem in the U.S. is barbaric, inhumane, and contrary to the human instinct of problem-solving. It’s counterintuitive, counterproductive and tells constituents “We just don’t give a sh*t about you.” Nothing is more of a slap to American citizens than for these elected officials to simply say “thoughts and prayers” and then walk away from their responsibility to protect the populace from a known and worsening problem. It’s sick.

The blood of all gun massacres is on the hands of Republicans as long as they continue to stay quiet, do nothing, obstruct proposals to address the problem, and forsake the safety of American people.

Put limits on the second amendment 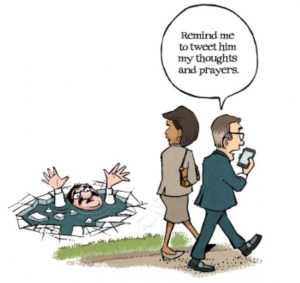 There are plenty of ways to address gun violence legislatively. For one thing, start by reining in the Second Amendment.

Courts have placed limits on the First Amendment right to free speech for the sake of public safety.  Falsely shouting “Fire!” in a crowded theater is not protected speech under the First Amendment because it poses a public safety hazard. In the 1919 Supreme Court case Schenck vs. United States, Justice Oliver Wendell Holmes wrote that government can abridge the right to free speech when “circumstances are of such a nature as to create a clear and present danger that they will bring about the substantive evils that Congress has a right to prevent.”

There is a strong justification to put similar limits on the Second Amendment to address what is now a  public safety emergency.

The increasing frequency of gun massacres certainly qualifies as a “clear and present danger” and “brings about substantive evils that Congress has a right to prevent.” Trump even called the Texas church shooting “an act of evil.”

It is Congress’ duty to enact laws to prevent the “substantive evil” of gun massacres in the U.S. 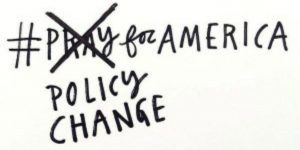 Measures legislators who care about public safety can take right away: 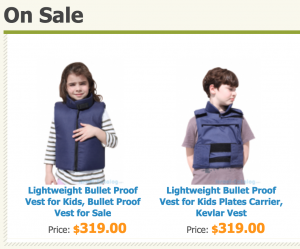 If they continue to block answers to gun massacres, Republicans need to provide every American who requests it with a 100% subsidy for the purchase of bullet-proof clothing and accessories

What can be done if Republicans continue to block gun control measures?

Buy bullet-proof clothing for yourself and your kids. Things will only get a lot worse if Republicans remain in elected office.

If Republicans insist on doing absolutely nothing, then the government needs subsidize at the rate of 100% the purchase of bullet-proof clothing and accessories for every American. It’s only fair. A country that makes guns freely available to every citizen and fails to take responsibility for the resulting calamity needs to provide some means for those who stand to get caught in gunfire to protect themselves. Anyone who attends a school, goes to a movie, shops in a mall or grocery store, goes to church, attends a concert or participates in an activity where they can be shot deserves protection, and since the government created the problem, it must provide protection from the problem until the problem can be solved.

What else can be done?

Vote for Democrats. It’s the only way out of the mess Republicans have created in this country by prioritizing the wants of the National Rifle Association (NRA) over the lives of innocent people.

19 comments for “Republicans at every level of government have blood on their hands for U.S. gun massacres”