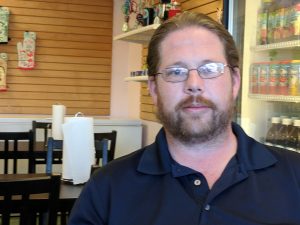 Two small business owners in Grand Junction are fed up and ready to start a new organization that will do what they thought the Grand Junction Area Chamber of Commerce was supposed to do: boost small local businesses and improve life in town for those struggling at the lower end of the income scale.

To illustrate this, Shawn tells how he recently attended a Chamber event  billed as a way for businesses to promote themselves to other businesses. He brought a pocket full of business cards to the event, but when he got there found every booth but one represented a national or international conglomerate based outside of town. He ended up handing out only one business card, and walked away thinking it’s time someone did better than this. 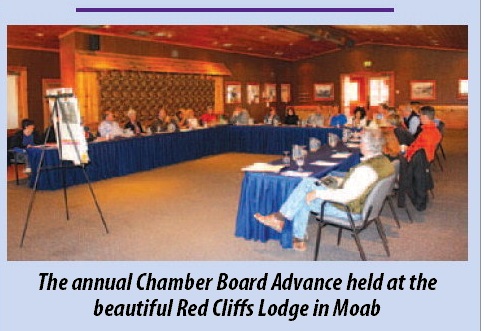 Photo of 2013 Chamber Board meeting at a lodge in Utah, printed in the Daily Sentinel.

It’s well known that the Grand Junction Area Chamber gives only lip service to serving small businesses. In addition to the example Shawn gave above, there are plenty of other examples showing this is consistently the case:

All these and many other things the G.J. Chamber has done over the years, Billy and Shawn say, show the chamber doesn’t really care at all about small, locally-owned businesses and the realities they face. They say the G.J.Chamber is just a political handmaiden to a few bigger, well-off businesses in town who agree with it politically, and say it consistently fails to act in the interests of individual entrepreneurs in town who are struggling to make their small businesses thrive. They also are upset that the chamber hasn’t done anything to help people who are working for extremely low wages.

“We want an organization that will actually listen to small business owners about what would actually help them, and then carry through with that,” Shawn says.

They also see a community with loads of potential, but that is greatly lacking, and suffering from a stark geographic divide.

Shawn and Billy note that “All the money for improvement has flowed to the west side of Grand Junction. They put tons of money into rebuilding First Street, Seventh Street and the west end of North Avenue, but the east side of town is suffering. I can understand neglecting Clifton because it’s outside the City, but Orchard Mesa is INSIDE the city and we STILL have no sidewalks,” they say. “The east end of North Avenue is also still neglected. There are no sidewalks in that area and that part of town is losing businesses,” Shawn says.

“Look at people who live in the west end of town,” Billy says. “They work 30-40 hours a week and they do fine, but if you live on the east side of town, you’re working 50-60 hours a week and if you don’t have a job on an oil rig, you’re making minimum wage.” 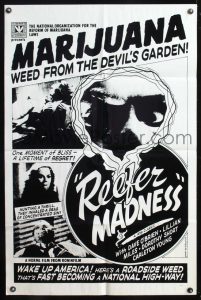 A 1930’s “Reefer Madness” mentality grips most of Grand Junction’s leadership, including the chamber board, blocking economic progress in our area

“We need retail marijuana. We need to open up the irrigation canal banks that run through the valley to biking and walking. We need recreation centers, we need sidewalks in Clifton and Orchard Mesa, and we need to get broadband internet here,” they say, naming just a few of the amenities they say Grand Junction sorely needs.

Grand Junction is “so behind the times”

Billy grew up in Grand Junction, graduated from high school here and then moved elsewhere, working jobs in other states for years. He finally came back to Grand Junction with his family to live a few months ago, and was shocked at what he saw.

“We’re so behind the times here. So much of the money in the valley flows out of it,” he says. “The valley is a closed system. The same winners here keep on winning because they’ve been in power forever. The same folks keep running the same old schemes,” he says. “We want to wrestle the power away from the ‘Good Ole Boys’ and give it back to the people.”

But, they say, “This is so much bigger than just businesses. We need to step up and say ‘Why is it like this here? Why are we so backwards?’ But we can’t change it alone.”

The two are seeking other people who feel the same way they do and who, like them, are interested in starting a new organization that will exist solely to serve small businesses. They propose a working name like “The Grand Valley Small Business Coalition.”

But, Billy says, “What we really need is a chamber for the rest of us.”