Senator Sheldon Whitehouse (D-RI), who sits on the Senate Judiciary Committee, posted a video of Petersen’s interview before the Judiciary Committee on his Twitter account labeling it as a “MUST WATCH,” and noting that the nominee was unable to answer “basic questions of law” after Sen. John Kennedy (R-LA) asked him questions about legal procedure.

Rated “Not Qualified” by the American Bar Association 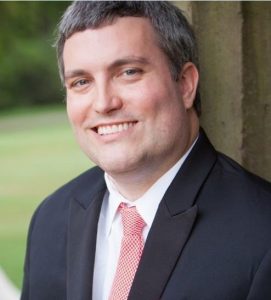 Another Trump nominee to a lifetime appointment on the federal district court bench, Brett Talley, also has never tried a lawsuit in his lifetime. He  earned a unanimous “not qualified” rating from the American Bar Association, due in large part to his lack of courtroom experience. Talley also failed to disclose on a questionnaire he had filled out personally that his wife, Ann Donaldson, is chief of staff to White House legal counsel Don McGahn. Despite all this, the Senate Judiciary Committee approved Talley to sit on the federal bench on an 11-9 party-line vote. Republican Senator Richard Shelby of Alabama asked Talley to withdraw his name from consideration for the judgeship, though, and a Trump administration official said Talley’s nomination “would not be moving forward.”

The  White House was forced to pull yet another federal court nominee, Jeff Mateer, Assistant Attorney General of Texas, who believes in conversion therapy for homosexuals, has said that separation of church and state does not exist in the Constitution and who has described anti-discrimination policies in the workplace as “brainwashing.”

Mateer weighed in on a 2013 Colorado case in which a six year old transgender girl’s family sued a school district on her behalf so she could use the elementary school bathroom that coincided with her sexual identity. In a speech he gave about the case in 2015, which he titled “The Church and Homosexuality,” Mateer said,

“Now I submit to you, a parent of three children who are now young adults: A first-grader really knows what their sexual identity [is]? I mean, it just really shows you how Satan’s plan is working and the destruction that’s going on.”