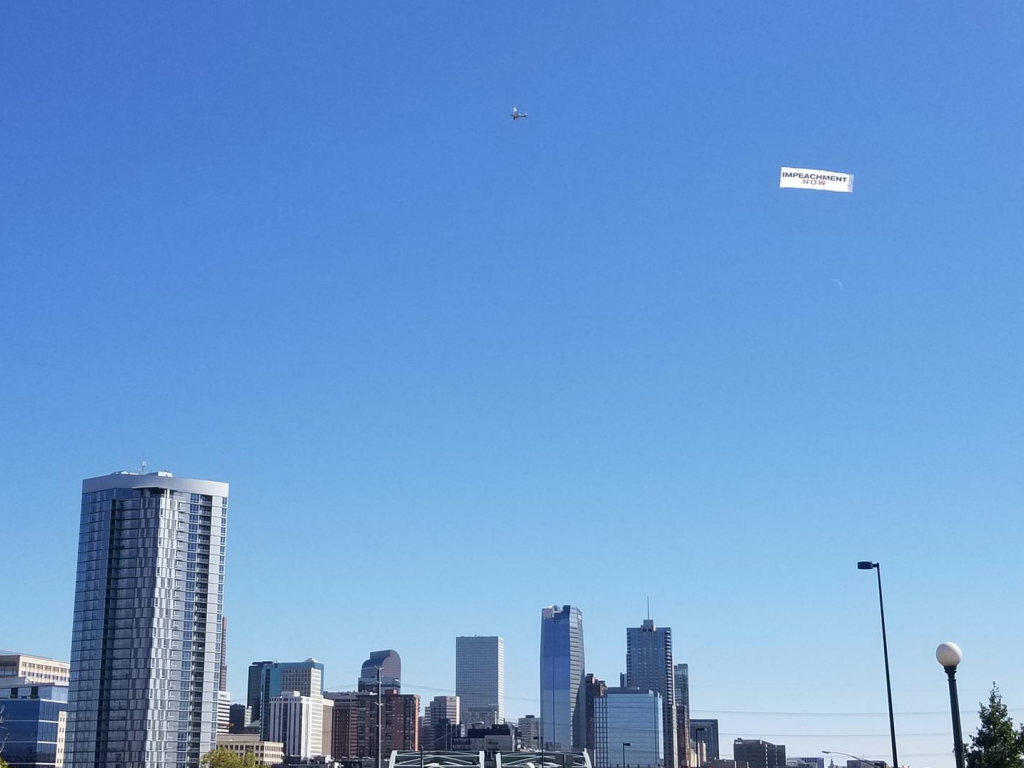 A wet, snowy early October changed the planned date for the western slope flyover of Mad Dog PAC’s “Impeachment Now” banner. It was originally scheduled to fly here on Saturday, 10/13 and then over Denver on 10/14, but due to bad weather, the 100 foot by 30 foot banner flew over Denver on 10/13 and will appear over the western slope this coming Wednesday, October 17. The weather is expected to be clear and dry. The pilot needs two consecutive days of clear weather to fly here and back safely over the Rockies. The plane has a top speed of 105 m.p.h. The banner-flying company, Drag ‘n’ Fly, is based in Ft. Lupton, CO, about 30 miles east of Boulder.

Western slope liberal progressives frustrated with the GOP’s offensive, misogynistic, bullying, chaotic, lying, Kremlin-backed,  tax-cheating President Trump easily crowd-funded the cost of the flights over both slopes of the Rockies. Mad Dog PAC supplied the banner and the cost of shipping it here for the flight.

Denver first, then the western slope

The banner flew over Denver yesterday — Saturday, October 13 — on what turned out to be a crystal clear day. It flew over I-25, I-70, Coors Field, Mile High Stadium and over soccer fields and other attractions for over three hours, and was seen far and wide all over the Denver Metro area.  Talk of the banner raged on Reddit and people posted pictures of it on Twitter and Facebook.

If all goes as planned, this will be the first time a banner of any kind has been flown over the Grand Junction area. Please tell us in the comments section below this article if you have seen a banner flown on the western slope before! 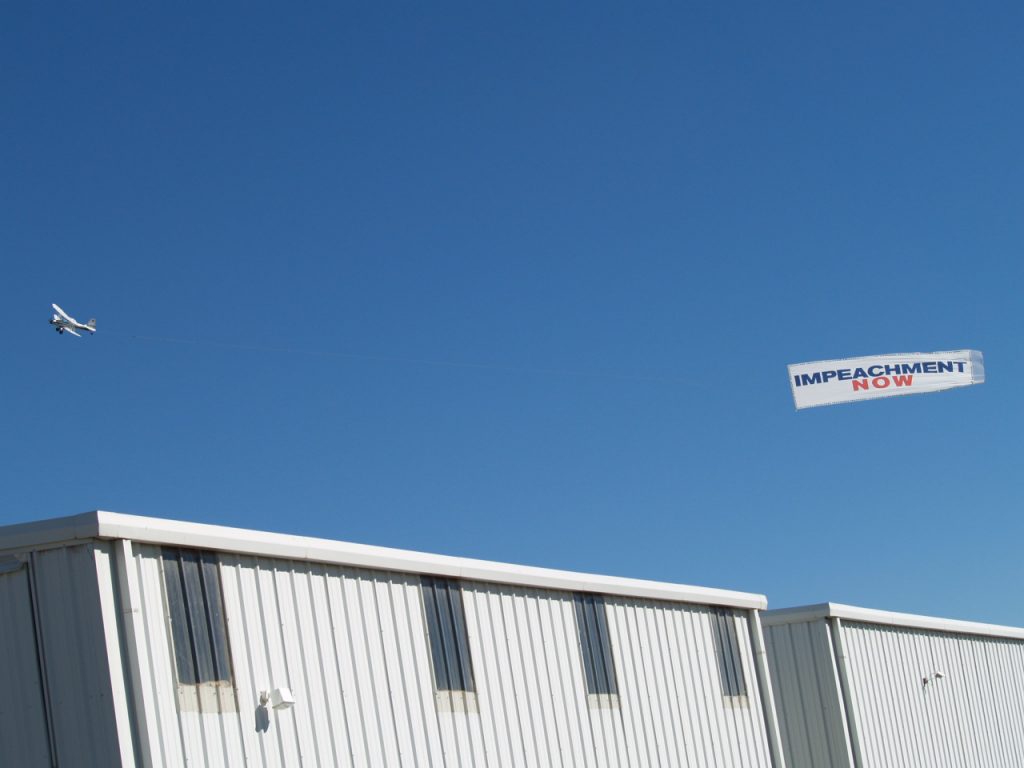 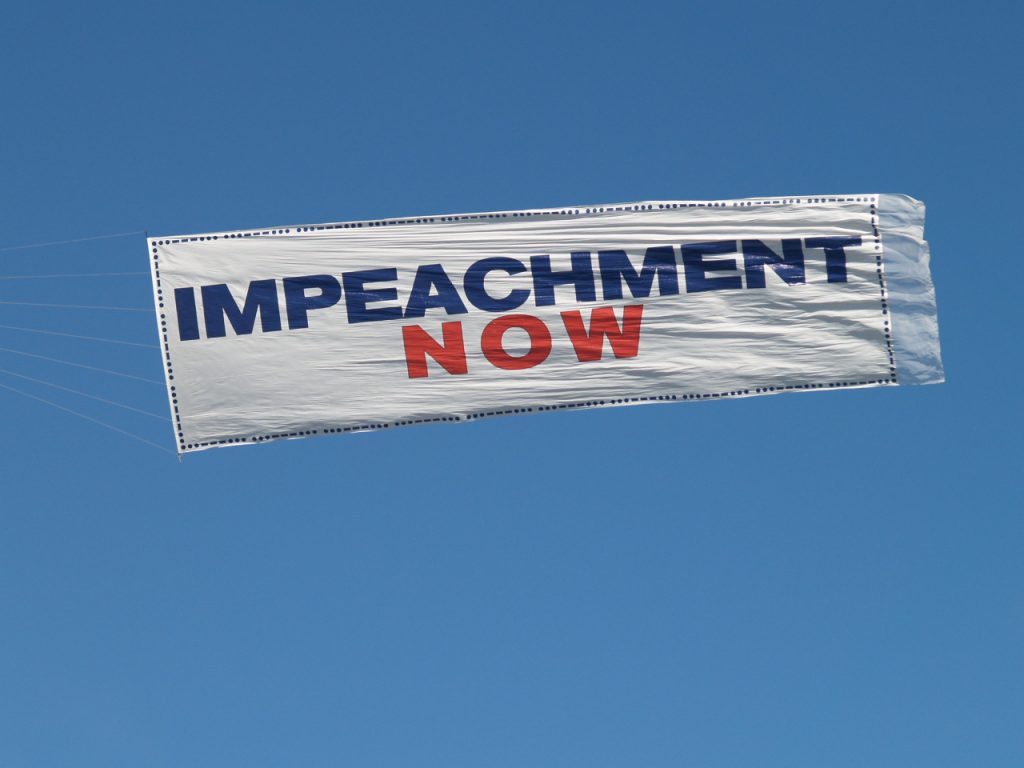 Close up of the banner 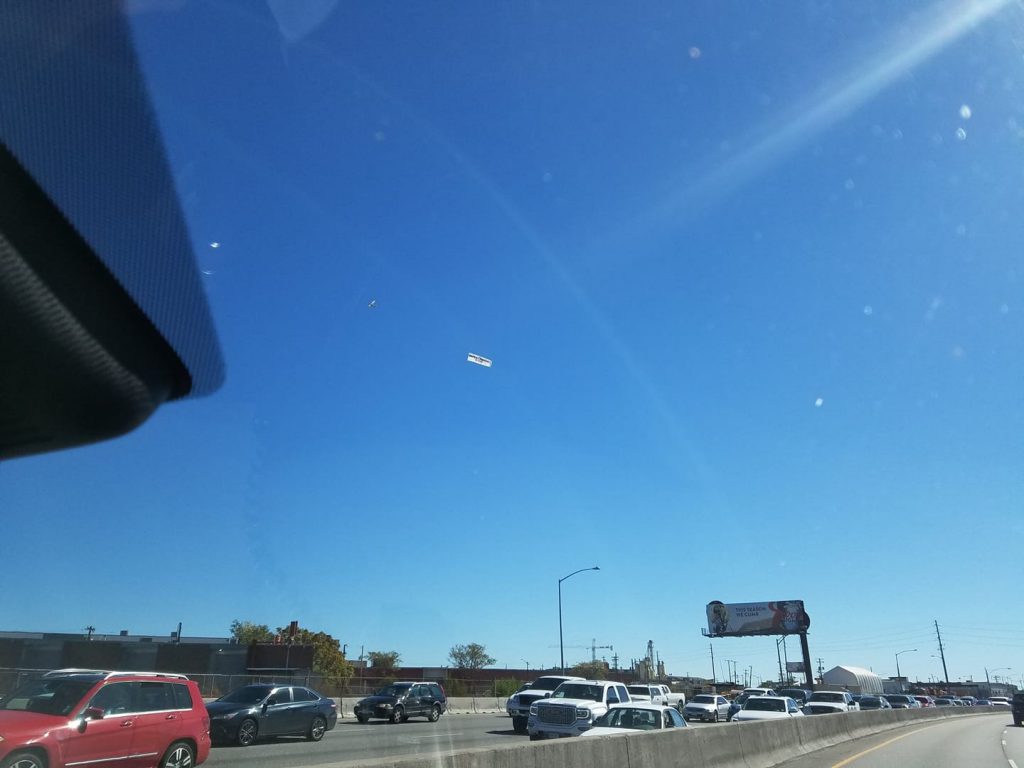 The banner over slow traffic on I-25 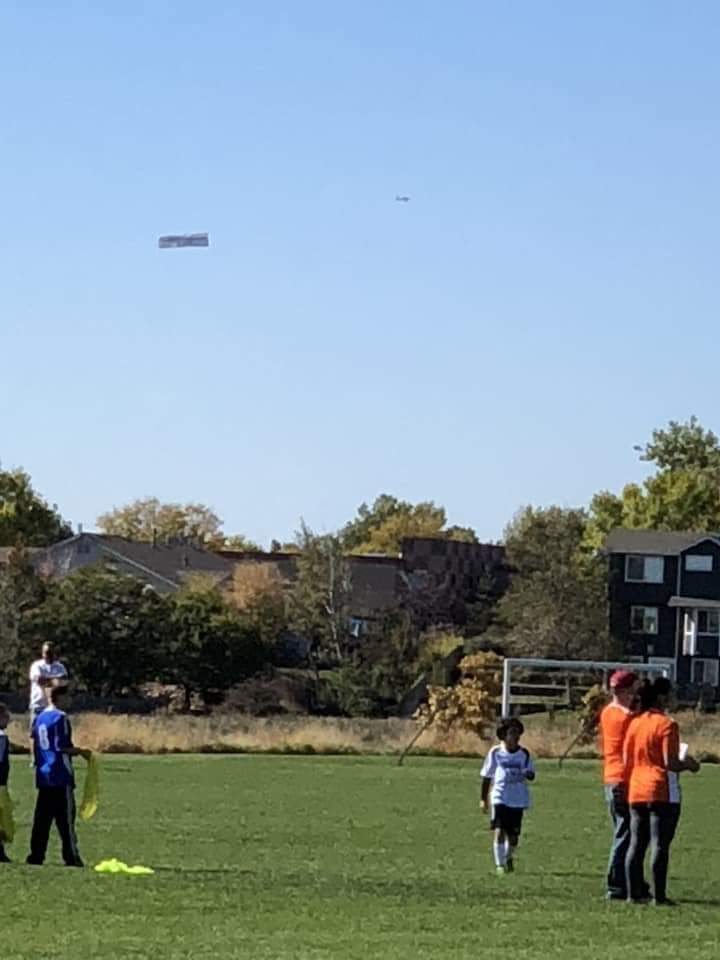 The banner as seen from the ground at a soccer game in Denver on Saturday, 10/13 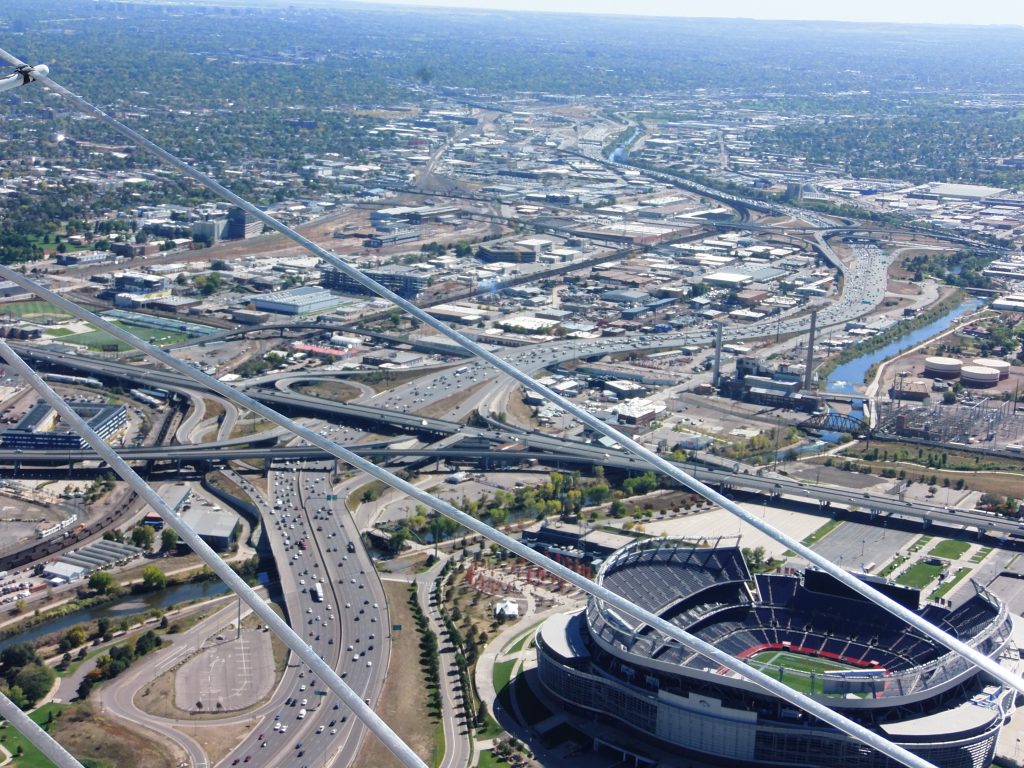 Mile HIgh Stadium and I-25, as seen from the tow plane

6 comments for ““Impeachment Now” banner to fly over the Grand Valley Wednesday, 10/17”