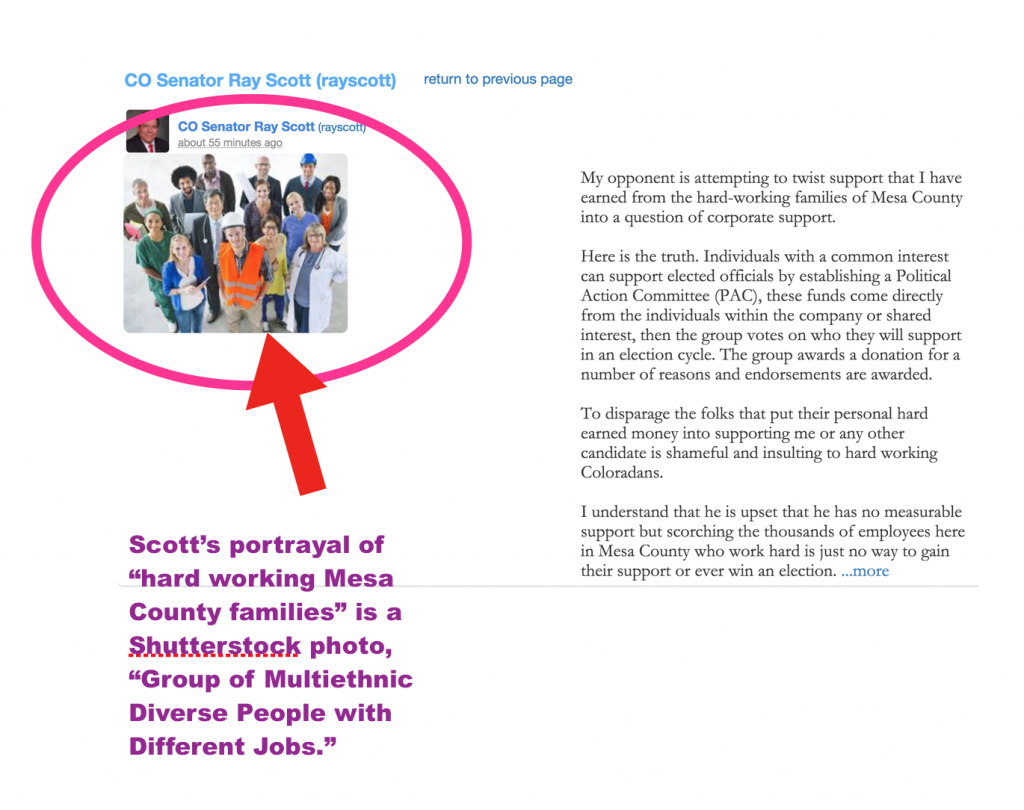 Senator Scott doesn’t just take money from out-of-state corporate interests. He also takes money from corporations that have been fined billions by the federal government for committing widespread, egregious offenses against consumers.

According to the Colorado Secretary of State, Scott takes money from the Apartment Association of Metro Denver PAC, Wells Fargo PAC in Minneapolis, General Motors PAC in Washington, D.C., and the Colorado Telecommunications PAC in Denver, among others.

These are not exactly corporate interests known for working to benefit local workers. In fact, the “Violation Tracker” says Wells Fargo has been forced to pay over $5.5 billion in fines so far for offenses the company committed against working families. These include mortgage abuses, wage and hour violations, consumer protection violations and banking violations.

Scott apparently couldn’t be bothered to take a photo of himself visiting with actual hard-working families of Mesa County. 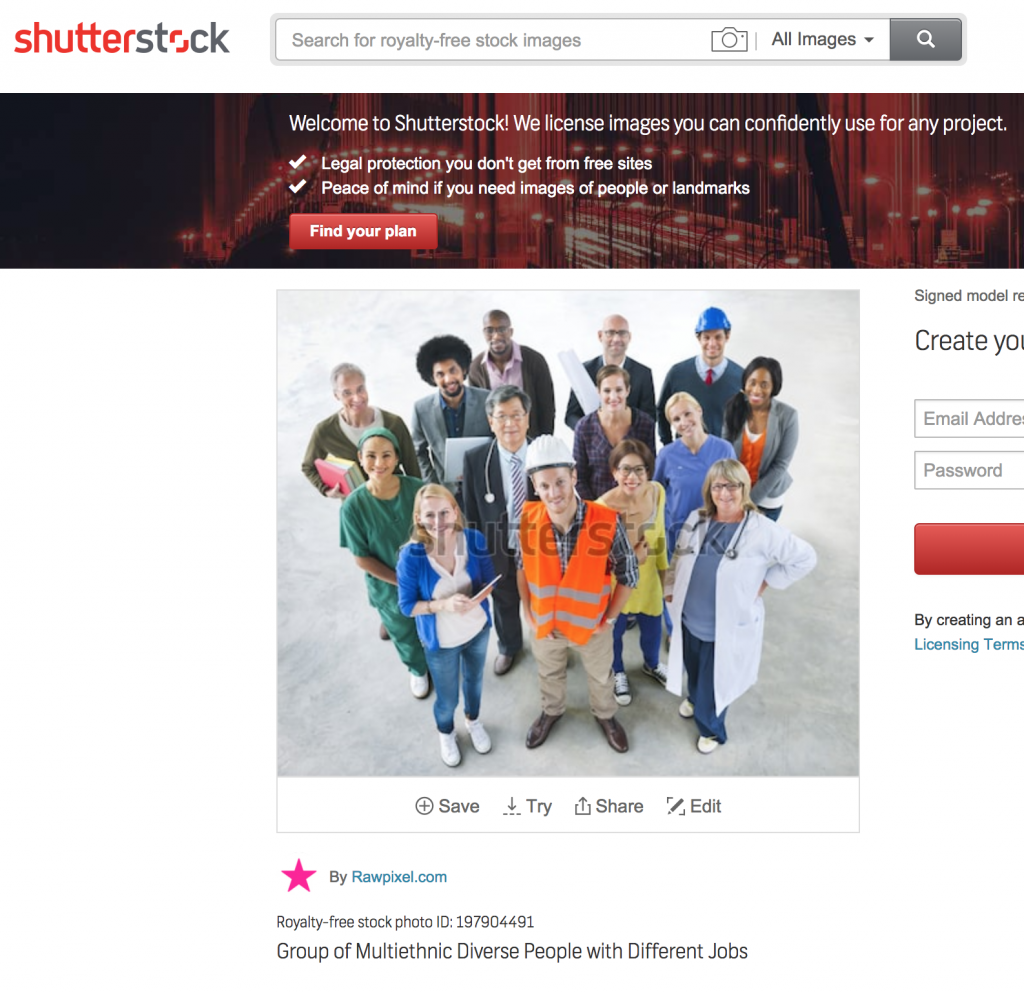