The third annual Women’s March in Grand Junction on Saturday, January 19th, drew an enthusiastic crowd of about 2,000 liberal and progressive western slope residents who came out to support women’s rights, equality for women and gay, lesbian and transgender people, people of color and immigrant communities.

Music for the march was provided by KWSI Radio, 100.3 FM, a local nonprofit radio station whose mission is to “connect and empower under served community members and organizations.”

A small contingent of Republican Trump supporters turned out to protest the march. They were “protected” by a white biker group. One of their ranks was reported to have said of an African American singer who sang solo to the crowd prior to the march, “I’m not sure who or what sang a song.”

The big turnout for the Women’s March continues to show there is an an energized, enthusiastic and growing liberal progressive community in the Grand Junction area, and it’s not going away. Unfortunately, the Republicans in attendance also demonstrated that racism is still alive in our community as well. 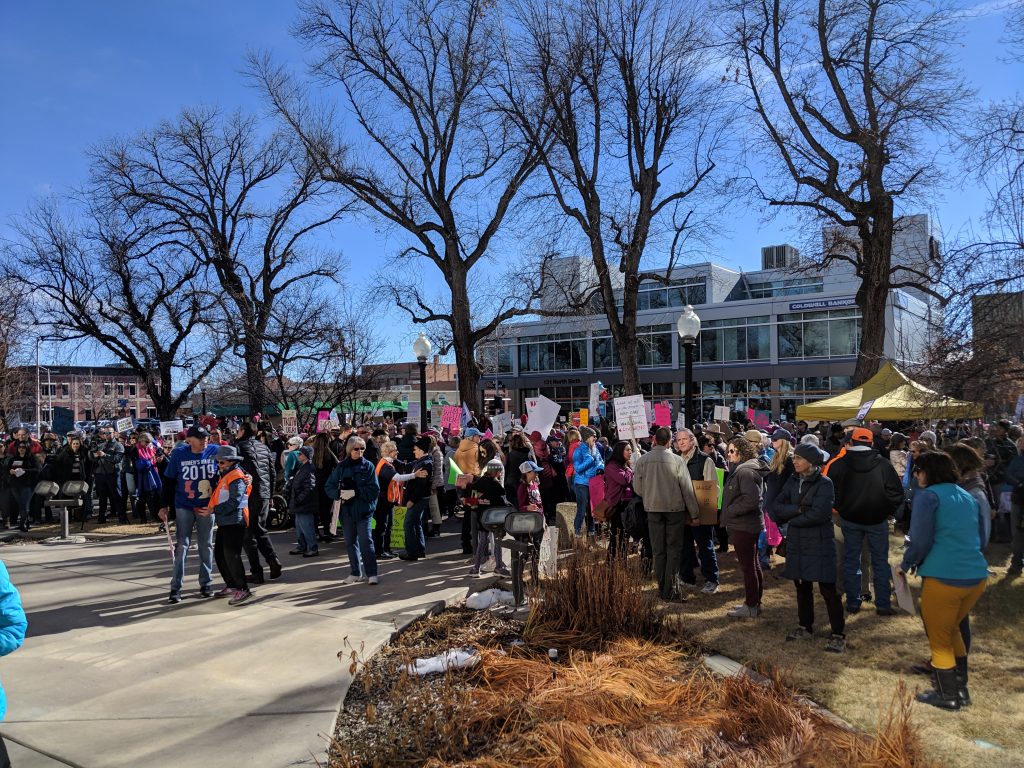 Crowd gathering in front of the old courthouse before the march 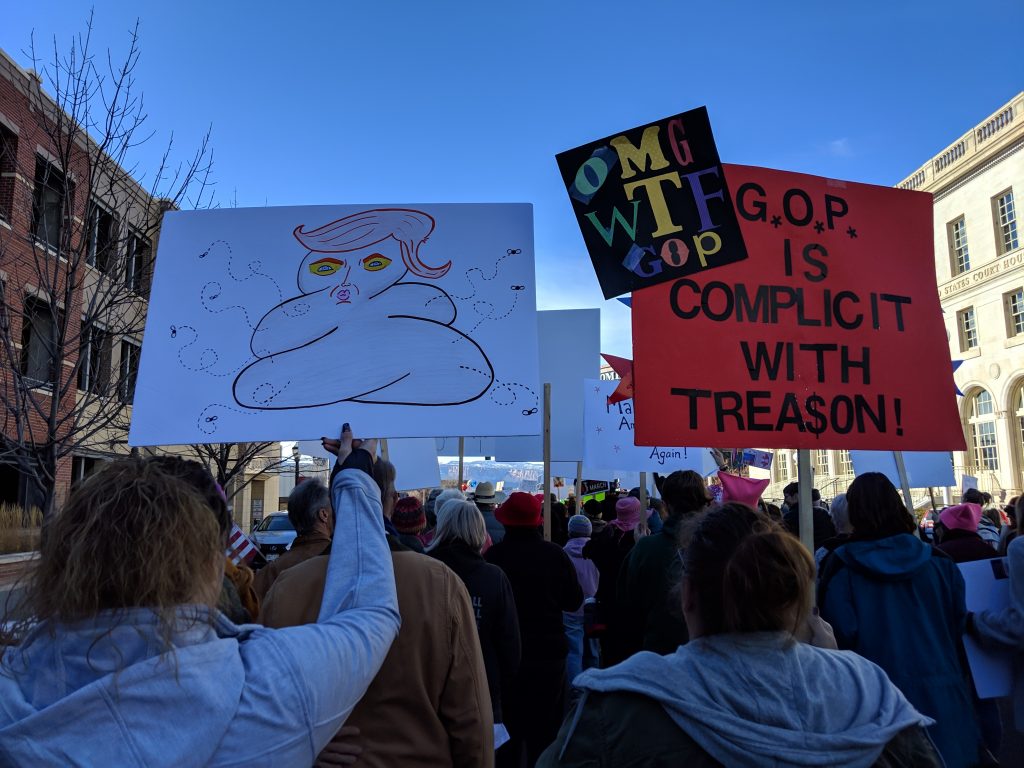 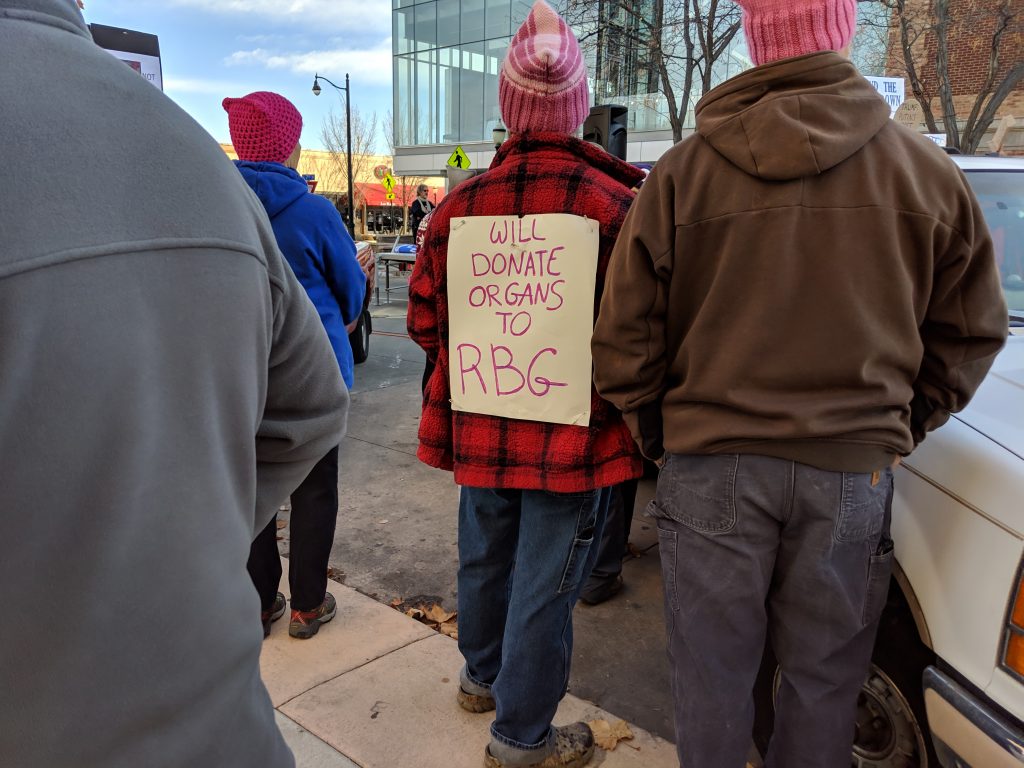