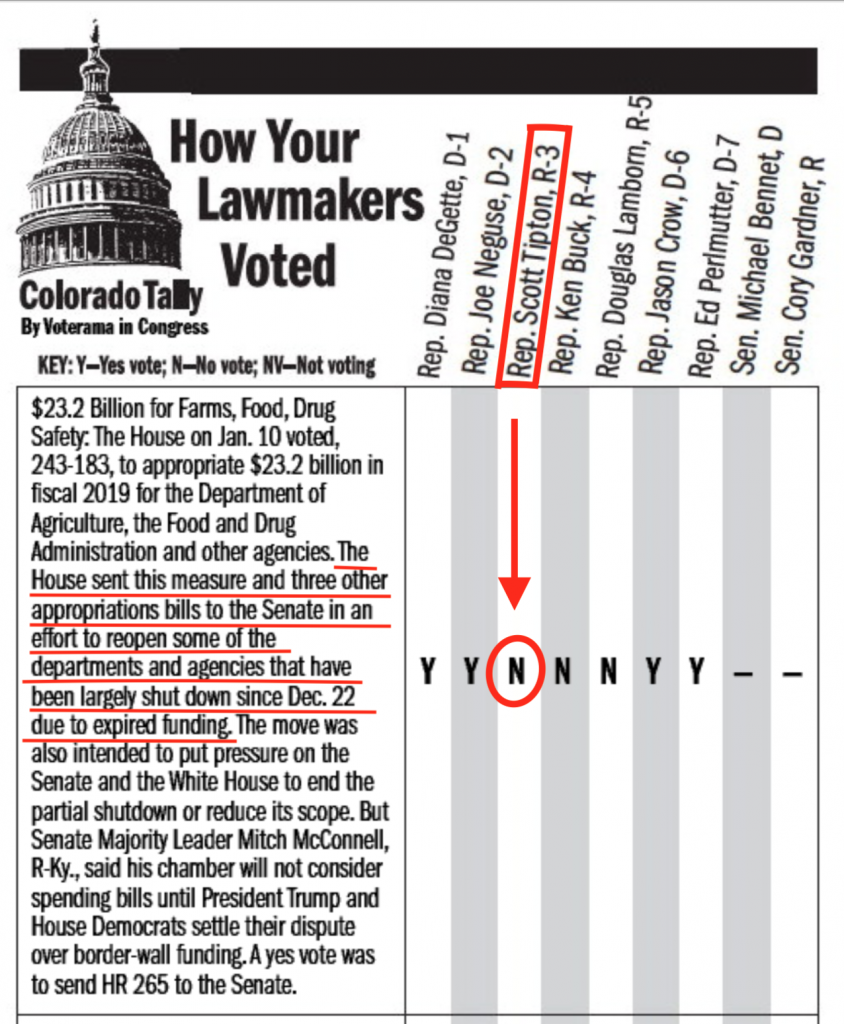 House Rep. Scott Tipton voted to keep inflicting financial pain on government employees to help President Trump extort American taxpayers for $5.6 billion to pay for a 2,000 mile wall between the U.S. and Mexico. (Chart courtesy of the Daily Sentinel of Grand Junction.)

The western slope’s House representative in Washington, D.C., Scott Tipton, voted AGAINST a bill on Jan. 6 to end President Trump’s shutdown for most federal agencies.

The bill, HR 265, passed the House by a wide margin — 243 to 183 — and would have funded most of the parts of government that are shut down, including food safety inspections, child nutrition programs, the Supplemental Nutrition Assistance Program (SNAP, formerly known as the food stamp program), rural utilities programs, the U.S. Food and Drug Administration, Farm Credit programs and other crucial agencies and functions on which Americans depend.

Currently over 800,000 federal employees are furloughed or working without pay due to the shutdown, negatively impacting commerce across the country. 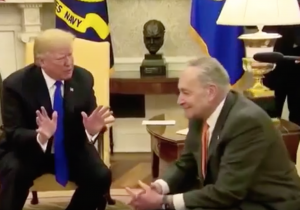 Trump tells Senate Minority Leader Chuck Schumer on December 11 that he is “proud to shut down the government” for a border wall. (Screencap from YouTube.)

President Trump said he would accept personal responsibility for the government shutdown in order to force American taxpayers to pay $5.6 billion to construct a border wall between the U.S. and Mexico.

Throughout his presidential campaign, Trump called Mexicans “rapists,” “drug dealers” and “criminals” and repeatedly promised his supporters (video) that he would build a “great, great wall,” and “make Mexico pay for the wall.” Trump has been unable to get Mexico to pay for his wall, is now demanding American taxpayers pay for it and is holding the country hostage as a way to get the funding.

Recent polling, however, shows that about 69% of Americans (pdf) say a border wall should not be a priority for the federal government.