Wondering how to vote in the City of Grand Junction 2019 election?

Following are AnneLandmanBlog’s recommendations for how to vote in the 2019 City of Grand Junction April 2, 2019 Regular Municipal Election.

I reached my conclusions about which city council candidates to vote for by listening to interviews, knowing the candidates personally or knowing something about them and their history in town, and considering factors like how well-funded their campaigns are. Decades of living in Grand Junction helps put this in context.

Experience reveals that the best rule of thumb for determining the best candidates for city council is to pick the people with the LEAST well-funded campaigns. This means that the best candidates are usually people who DON’T accept money from other people or organizations to fund their campaigns. They are the people WITHOUT have a bunch of yard signs and who DON’T have big, shiny, professionally-printed signs promoting themselves on vacant lots and street corners. They are also the people who have the LEAST to do with big business in Mesa County.

Why? Because the worst, most lawless and destructive city council candidates in Grand Junction history have been the best-funded candidates, and people who are thick with Big Business have the interests of those businesses at heart, not the interests of average workers. Most Grand Junction residents are workers, and they deserve someone on Council who is familiar with their needs and who will work for them, not for the advantage and benefit of big businesses.

I based my decisions on the tax measures on my long time observations about all the ways the City has failed to make an effort to raise revenue by other available means, combined with the excessive and unusually large amounts of taxpayer money the City hands over to CMU every year, and the taxpayer funding the City has given to private businesses and items unrelated to residents’ safety and quality of life. For more extensive discussion on this subject, see this previous blog.

Here are the recommendations on how to vote in the 2019 City Municipal Election:

City Council District B: Aaron Michelson, who hasn’t taken a dime in outside funding for his campaign. (NOTE: Jim Doody also appeared to have a poorly funded campaign, which is good, and he’s a good guy, but he’s already served on the Grand Junction City Council two times before — from 2005 to 2009, and again from 2011 to 2015. Someone else should have a chance to serve, someone with a fresh and different point of view, and that person is Aaron.)

City of Grand Junction Referred Tax Measure 2A – (.25% increase in sales tax to fund road projects like the widening of 24 Road and a 29 Road on/offramp onto I-70): NO 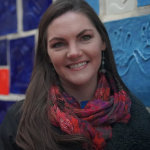 City of Grand Junction Referred Measure 2D: Should the City be allowed to sell an 18 acre undeveloped parcel located at 2980-2982 Patterson Road known as Burkey Park, with the proceeds being used to develop Matchett Park?: NO

NOTE: Lew and Mildred Burkey donated this parcel of land to the City 45 years ago in hopes that the City would one day turn it into a park. An online poll conducted by the Beacon in 2013 found that most people either really wanted a park there, as the Burkeys had wanted, or felt that the land should be returned to the family if the City doesn’t use it as a park.

City of Grand Junction Referred Measure 2E: Should the G.J. City charter be amended to allow City Council to renew cable TV franchises within the City without having to put the matter to a vote of the people?: YES 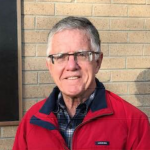 City of Grand Junction Referred Measure 2F: Should the G.J. City Charter be amended to allow the City to increase the authorized term by which the City can lease public property out to others (such as a business) from 25 years to 99 years?: NO.

NOTE: The City says Measure 2F is necessary to help businesses that operate on City property to qualify for financing, mortgages, etc., but I am concerned that the City wants 2F to facilitate development of enclosed buildings on the vacant land by the Las Colonias Amphitheater. This land was the site of the Uranium Mill Tailings Removal (UMTRA) Project, a decade-long Superfund cleanup project. The land was used to stockpile radioactive uranium mill tailings that were excavated from more than 5,000 buildings in Mesa County. I worked in the Environmental Health and Safety Department of MK Ferguson, the federal government subcontractor that was in charge of coordinating the entire UMTRA project, and I believe that because low levels of radiation still exist at the property even post-reclamation, this land can not and should not be used for construction of enclosed buildings, but should only be used for open-air attractions like parks, gardens, and the amphitheater that are already there. I also think the City wants Referred Measure 2F to help it lease the land in Matchett Park fronting along Patterson Road to commercial interests, but having known Sally Matchett and taken her ethics class at CMU years ago, I think she would have preferred that the remaining Matchett property be exclusively dedicated to projects that all residents of the City can enjoy, like a park, open space, gardens, ponds, walking paths, trees, etc.