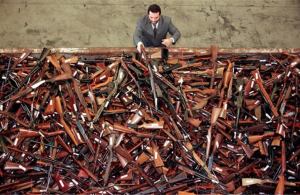 On April 28, 1996, a crazed gunman armed with a semi-automatic rifle killed 35 people and injured 18 more when he went on a shooting spree at a historic and tourist site in Port Arthur, Tasmania in Australia’s worst gun massacre.

The new laws banned all fully automatic, semi-automatic, pump-action and self-loading firearms, prohibited private sales, thus limiting who could legally sell or supply weapons, enacted  minimum requirements for licensing of firearms and put in place more secure storage rules for firearms. The new laws also created a mandatory ‘cooling-off’ period of 28 days before a person could granted a gun license, introduced compulsory safety courses and required people applying to purchase firearms to supply a “genuine reason” that they needed to own a firearm, and that reason could not include self-defense.

Predictably, conservatives and gun owners strongly fought the new laws, but the government enacted them anyway. And lest anyone think the gun laws were the work of liberals, Australia’s laws were enacted under then-Prime Minister John Howard, well known as a conservative political figure.

The new laws reduced the number of automatic , semi-automatic, pump-action and self-loading firearms in Australia by about one third. 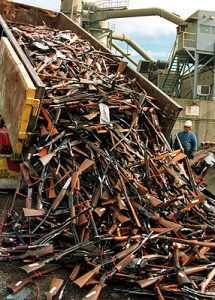 To be fair and compensate gun owners, the Australian government initiated a gun buyback program funded by a one-time income tax levy, and provided an amnesty period during which people could surrender newly-banned weapons without incurring any legal consequences. During the buyback period, over 700,000 firearms, both legal and illegal, were surrendered to the police and destroyed, representing about one-third of the guns that were estimated to have been in the country at the time.

A research article published in 2016 in the Journal of the American Medical Association found Australia’s gun laws proved effective in reducing mass shootings in Australia. The article’s main finding was: “In the 18 years before the ban, there were 13 mass shootings, whereas in the 20 years following the ban, no mass shootings occurred, and the decline in total firearm deaths accelerated.”

The study also found that suicides by firearm decreased significantly after the gun laws were enacted:

Research and the experience of other countries shows that gun laws do work to reduce firearm deaths.

Many Americans long for such sensible action to be taken by American lawmakers to reduce rampant gun massacres here.

It’s long past time for American elected officials and politicians to show the same resolve, courage and leadership as the leaders of Australia and New Zealand have shown in the wake of mass shootings plaguing their countries, and take steps to help our country overcome this massive challenge.