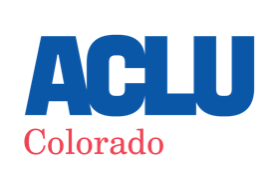 “Sen. Scott censored me for being a critical constituent. Yet, he’s allowed his like-minded followers to ridicule me on his page and retain their right to speak freely,” Landman said. “This doesn’t feel like democracy. This feels like hypocrisy and punishment for having a different point of view.”

The complaint alleges that Scott violated Landman’s First Amendment rights by blocking and banning her from the interactive portions of his official Facebook page and Twitter account. Two years ago in Packingham v. North Carolina, the Supreme Court observed that the internet, and social media in particular, have become the most important places for the exchange of views. Officials in Kentucky, Maine and Maryland are currently facing lawsuits filed by ACLU on behalf of constituents who were blocked on social media. In January, the Fourth Circuit Court of Appeals ruled in favor of a citizen who had been blocked on social media by a government official.

Last May, President Trump’s practice of blocking critics on Twitter was declared unconstitutional by a federal judge in Manhattan. The Second Circuit Court of Appeals held oral arguments and is expected to affirm that ruling. ACLU is seeking a judicial ruling in Landman’s case that Scott’s blocking violates the First Amendment and an order to unblock.

“Social media platforms are the new town halls,” said ACLU of Colorado Legal Director, Mark Silverstein. “Just as we would not tolerate a government agency kicking a concerned citizen out of a public hearing because they disagree with an elected official, the same rules apply on the internet. When an elected official or government agency is using social media to communicate with the public, the government cannot pick and choose who gets to see or comment on that information.”

Scott has refused Landman’s many requests for him to “unblock” and “unban” her.  As a result, Landman has been unable to participate in representative government and the public discussions that take place regularly on his official Facebook page and Twitter account.

Viewpoint discrimination is “strictly forbidden by the First Amendment”

“Censorship based on the speaker’s viewpoint is strictly forbidden by the First Amendment,” said ACLU Staff Attorney, Sara Neel. “We’re filing suit not only to hold Sen. Scott accountable but also to educate other watchful citizens like Ms. Landman that they have the right to be critical of elected officials in whatever venue the government interacts with the public, including on social media.”

ACLU of Colorado is the state’s oldest civil rights organization, protecting and defending the civil rights of all Coloradans through litigation, education and advocacy.