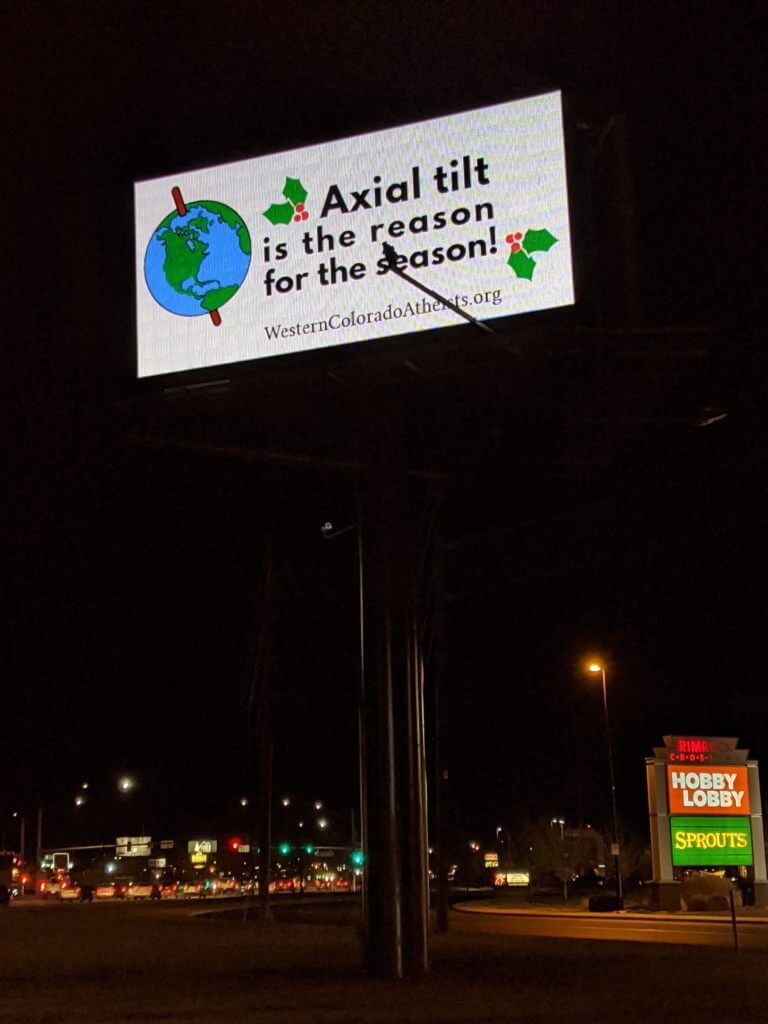 Western Colorado Atheists and Freethinkers (WCAF) is running it’s annual wintertime billboard celebrating the solstice on the digital billboard facing west on I-70 Business Loop in front of Hobby Lobby and Chick-Fil-A at Rimrock Marketplace. At a recent meeting, WCAF members estimated that approximately 15-20% of western Colorado residents are non-religious and identify as atheists, agnostics, humanists or freethinkers.

WCAF, founded in 2007, aims to provide a long-missing secular voice in the area, to inform and educate Western Colorado citizens about atheism, to promote atheism through appropriate public and community activities, to actively preserve and promote separation of religion and government and promote acceptance of atheism as a valid, rational belief system.

The group is a reminder that western Colorado is no longer a religiously monolithic culture. Not everyone in town celebrates Christmas and the diversity of philosophical thought in our area has expanded substantially over the last 20-30 years to include many more people of other religions and no religion.

Whatever your philosophical persuasion, if you want a photo of this rare western Colorado billboard, grab it soon because it’s only up until December 27th.