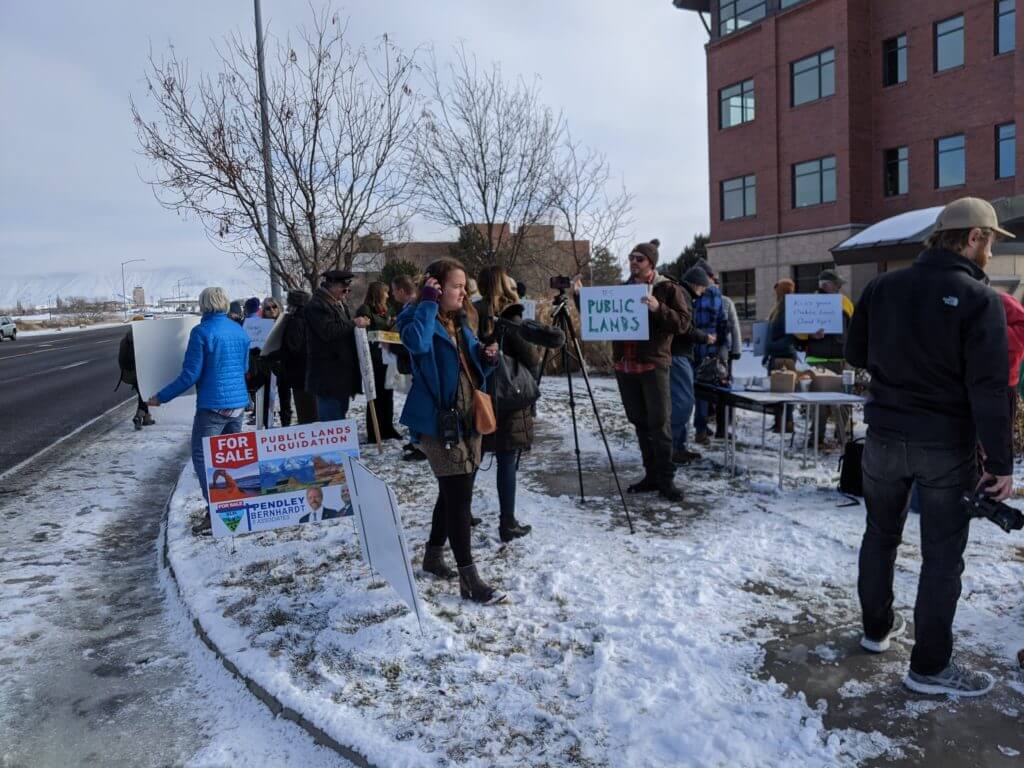 KKCO, KJCT, the Daily Sentinel and Colorado Public Radio were on scene covering the protest.

Pendley advocates the selling off of all public lands. In a January 19, 2016 article in National Review, Pendley wrote “The Founding Fathers intended all lands owned by the federal government to be sold.” Pendley has sued the BLM on behalf of oil and gas companies, worked to undermine protections for endangered species like Grizzly bears and Sage Grouse, and pushed to radically shrink the size of protected federal lands to make developing those lands easier — all positions hostile towards federal lands. The BLM’s mission is stewardship and conservation of public lands, which makes Pendley’s appointment a threat to the agency’s mission.

Move to G.J. is manifestation of Trump’s strategy to gut federal agencies

Trump’s Chief of Staff Mick Mulvaney told Republicans at a fundraiser in August, 2019 (video) that moving federal agencies out of Washington, D.C.  is a strategy the Trump administration is using to force large numbers of experienced federal employees to quit. The goal of the Administration is to hollow out and weaken federal agencies that generate objective research and produce information in the public interest, and make it easier for private businesses to expand. Moving the BLM to Grand Junction is part of this plan.

Protesters showed up to voice support for protecting and conserving public lands, which are an important part of the local economy.